It's a fright to the finish for Batman! 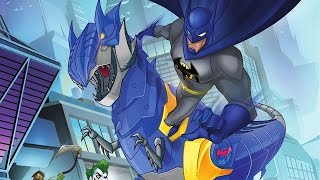 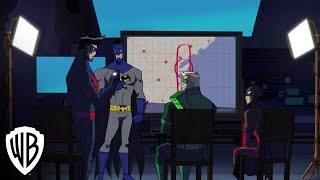 This animated episode finds the Caped Crusader in a race against the clock against one of his greatest, most devious rivals, the Joker, who is up to no good on Halloween night. As the Joker tries to bring Gotham City down with a giant computer virus, Batman must bring down a band of evildoers looking to stop him from saving the city, a group which includes the Scarecrow, Clayface, Silver Banshee and Solomon Grundy. Fortunately, Batman has some heroic allies to help him out: Green Arrow, Nightwing and Cyborg. The collection also contains 10 DC Nation shorts, as well as a bonus cartoon from the DC Comics vault.