A bizarre story of love. 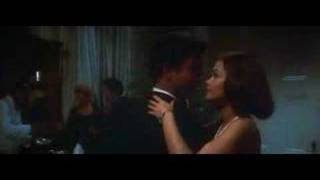 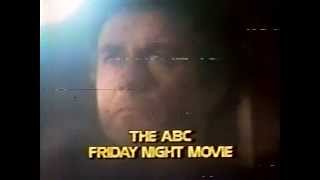 In 1959, affluent businessman Michael Courtland (Cliff Robertson) and his wife (Genevieve Bujold) are celebrating their tenth anniversary when his daughter and wife are kidnapped and held for ransom. The effort to rescue the girl and her mother ends tragically, and Courtland merely exists, his days consumed with guilt. Many years later, still grieving over his loss, he returns to Florence - the city where he first met his wife - and meets a young woman who bears a remarkable resemblance to her.

Set largely in New Orleans, this incredibly atmospheric thriller has a southern gothic feel with its dreamlike photography and deliberate pacing. Often compared to Hitchcock's Vertigo because of its protagonist's obsessive attempt to recreate his lost love and the score by the incomparable Bernard Herrmann, director Brian De Palma's undeniable obsession with cinema results in a thrilling approach to a hauntingly familiar subject. Newly remastered.

In one of director Brian DePalma's (DRESSED TO KILL, MISSION IMPOSSIBLE) many cinematic tributes to Hitchcock (this one borrows from VERTIGO), Cliff Robertson portrays an American businessman whose wife and child are killed in a botched kidnap rescue effort. Years later, while in Italy, the still-distraught widower begins an affair with a woman (Genevieve Bujold) whose resemblance to his late wife is rather uncanny. The script was co-written by Paul Schrader (TAXI DRIVER, RAGING BULL).

Because he agrees to police suggestions that he substitute blank paper for ransom money, a businessman's wife and daughter are killed by their enraged kidnappers.
Fifteen years later, the man has still not forgiven himself for what happened, and, while vacationing in Italy, he suddenly encounters a young woman who is the mirror-image of his dead wife. Is it just coincidence' Could she possibly be his daughter, somehow still alive and fully grown' The guilt-ridden husband becomes obsessed with this ghostly reincarnation, and his passionate pursuit of her leads to surprising revelations about his own past.

60%off
Sherlock Holmes and the Deadly Necklace
$3.98 on Sale
Add to Cart