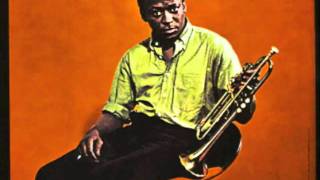 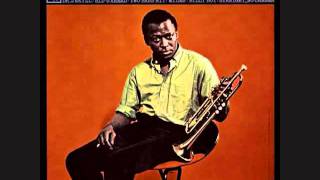 Personnel: Miles Davis (trumpet); Cannonball Adderley (alto saxophone); John Coltrane (tenor saxophone); Red Garland (piano); Philly Joe Jones (drums).
Audio Mixer: Mark Wilder.
Audio Remasterer: Mark Wilder.
Audio Remixers: Teo Macero; Tim Geelan.
Liner Note Authors: Charles Edward Smith; Bob Blumenthal.
Recording information: Columbia 30th Street Studio, New York, NY (04/02/1958-04/03/1958).
Photographers: Don Hunstein; Dennis Stock; Aram Avakian; Chuck Stewart.
What is immedately noticeable upon listening to Miles Davis' classic first -- and only -- album with his original sextet is how deep the blues presence is on it. Though it's true that the album's title cut is rightfully credited with introducing modalism into jazz, and defining Davis' music for years to come, it is the sole selection of its kind on the record. The rest is all blues in any flavor you wish you call your own. For starters, there's the steaming bebop blues of "Dr. Jackle," recorded in 1955 for a Prestige session with Jackie McLean. Davis is still in his role as a trumpet master, showing a muscularity of tone that reveals something more akin to Roy Eldridge or Louis Armstrong than Dizzy or Fats Navarro. The tempo is furious, as all the members of the sextet solo except for Jones. The saxophonists trade choruses and come off sounding like mirrored images of one another in the slower, post-bop blues that is "Sid's Ahead," which is followed by "Two Bass Hit," written by Dizzy and John Lewis. It's an off-kilter blues with a wide middle section, no doubt for Lewis' piano to fill. But then comes "Milestones" with its modal round and interval, where harmony is constructed from the center up. It is a memorable tune for not only its structure and how it would inform not only Davis' own music, but jazz in general for the next seven years. The album's closer is Monk's "Straight, No Chaser," which became a signature tune for the sextet even when Garland and Jones left to be replaced by Bill Evans and Jimmy Cobb, and later Evans by Wynton Kelly. ~ Thom Jurek

Miles Davis
'Round About Midnight
$8.20 CD Sale
Add to Cart