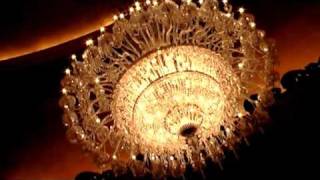 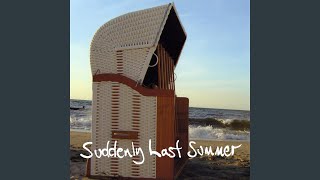 Not exactly a stranger to the odd cover version, falsetto-voiced '80s maverick Jimmy Somerville has previously scored hits with other people's songs as part of Bronski Beat (a medley inspired by Donna Summer's "I Feel Love"), the Communards (Harold Melvin & the Blue Notes' "Don't Leave Me This Way"), and with his early solo output (Sylvester's "You Make Me Feel Mighty Real"). Now for the first time in his 27-year career, he dedicates a whole album to interpretations of his favorite tracks, cherry-picked from his iPod playlist, which includes artists as diverse as Deep Purple, Patsy Cline, and '80s gothic minimalists Cranes, as well as one of his own compositions, the 1995 single "By Your Side." Inspired by an acoustic tour of Sydney and Melbourne, his follow-up to 2005's Home Again, Suddenly Last Summer, focuses on a stripped-down vibe, often with just an acoustic guitar or grand piano accompanying Somerville's signature crotch-grabbing vocals. This back to basics approach pays dividends on his inspired retooling of Blondie's "Hanging On the Telephone," which eschews the post-punk disco leanings of the original in favor of a haunting string section, and twinkling but melancholic keys which heighten its sense of despair in the process. Elsewhere, there's an emotive and relevant-as-ever rendition of Pete Seeger's classic anti-war song "Where Have All the Flowers Gone?"; musical theater stalwart Andrew Worboys' shuffling jazz production adds a sense of camp and drama to Cole Porter's Leave It to Me number "My Heart Belongs to Daddy"; while the heartfelt version of "Black Is the Colour of My True Love's Hair," a traditional Scottish folk song made famous by Nina Simone, allows Somerville's astonishing vocal presence to take center stage. His chaotic adaptation of the Doors' "People Are Strange," which ends in a bizarre blend of Shirley Bassey-esque brassy pop, Wild West guitars, and high-kicking rockabilly suggests he should definitely stick to the lounge-style torch songs, while Dusty Springfield's "I Just Don't Know What to Do with Myself" is given a rather mundane, workmanlike treatment which puts it at odds with the album's prevalent radical makeover nature. Suddenly Last Summer is perhaps too much of an acquired taste to appeal to anyone outside Somerville's small but loyal fan base, but it's an intriguing and often inspired affair which stands up comfortably next to 2000s solo efforts from the likes of fellow '80s extroverts Andy Bell and Marc Almond. ~ Jon O'Brien