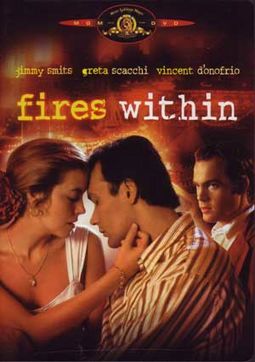 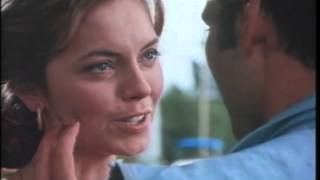 The Fires Within Trailer 1991

FIRES WITHIN is a taut family drama set in the expatriate Cuban community of Miami. As the film opens, Isabel (Greta Scacchi) waits for her husband, Nestor (Jimmy Smits), at Opa Locka Airport with her young daughter, recalling the events that brought them to this point. In Cuba, against her wishes, Nestor pursued an anti-Castro political stance and, as a result, was jailed. Refusing to let Isabel help get him out of prison, Nestor told his wife to leave Cuba. Isabel and the baby, Maribi, set off for Florida in a small boat and only survive because they are rescued by Sam (Vincent D'Onofrio). Now eight years have passed; Isabel and her daughter live in Miami, and Sam has become more than the man who rescued them. As Nestor arrives, difficult choices must be made....

In FIRES WITHIN, Australian director Gillian Armstrong looks at Nestor's stand and examines the suffering that it has brought to his family. Armstrong and scriptwriter Cynthia Cidre explore Isabel's dilemma as she considers her future, her daughter, her wish for a calm life, and what she will do about the two men who, each in his own way, love her.

After spending eight years as a political prisoner in Castro's Cuba, Nestor is released. He heads to Miami where his wife and daughter live, only to find that his wife has fallen in love with another man, and his daughter does not remember him.

The Perez Family
$19
Add to Cart