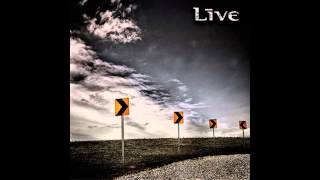 Moving forward after a decidedly acrimonious breakup with lead singer Ed Kowalczyk, Live enlisted Unified Theory vocalist Chris Shinn as their new frontman, hired old friend Jerry Harrison as producer, and set out to make The Turn, the group's eighth album and first in eight years. Sonically, The Turn hearkens back even further, evoking the salad days of Mental Jewelry and Throwing Copper -- the early records where the group had ambitions on the level of U2 but had yet to share the same arena circuit as their peers. Shinn isn't a powerhouse like Kowalczyk, but he operates in a similar tonal range; likewise, the reconstituted Live gets close to the rangy, ambitious rock of their earliest years. If hunger has been replaced by acumen, that's not necessarily a bad thing: there's a cool, crowd-pleasing assurance to The Turn that's appealing. Live have taken pains to create a record that consciously evokes the past while managing to side-step desperation. That they don't quite come up with songs to match the sound doesn't quite matter: what counts is that The Turn serves as an effective advertisement to the middle-aged muscle of Live, suggesting that they're back on track and could deliver a good show on the road. ~ Stephen Thomas Erlewine

79%off
Ian Dury
Do It Yourself TOP 25 Bestselling CD
$4.49 Super Savings
Add to Cart

87%off
Game Theory
Two Steps From The Middle Ages
$1.98 on Sale
Add to Cart