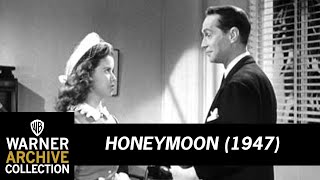 All they want is to say I do. But just to prove who's in charge, Cupid throws two lovebirds nothing but screwballs on their way to the altar. Shirley Temple plays Barbara, whose prospective husband (Guy Madison), a GI, has a two-day pass to marry her. At least three days' worth of complications ensue: a delayed flight, booked-up hotels, a jitterbug with the wrong partner, a right hook to the wrong chin, a fateful dip in a swimming pool. . .and a gallant (and older) American vice-consul who makes Barbara's heart beat a little too fast. Is she marrying the wrong guy?

Romance | Romantic Comedy | Weddings | Mexico | Romances | Soldiers | Love | Couples | Boats | America
This product is made-on-demand by the manufacturer using DVD-R recordable media. Almost all DVD players can play DVD-Rs (except for some older models made before 2000) - please consult your owner's manual for formats compatible with your player. These DVD-Rs may not play on all computers or DVD player/recorders. To address this, the manufacturer recommends viewing this product on a DVD player that does not have recording capability.

The Miracle of the Bells
$22.20 Super Savings
Add to Cart

Customer Rating:
Based on 394 ratings.


This is a fun film through most of it, but plot developments get downright silly close to the end as otherwise competent adults begin behaving in absurd ways- even for a 40s comedy, spoiling the story climax, in my opinion.

Temple makes her first filmed singing performance as an adult (as far as I know), and it's quite a treat as her vocal talent proves to have matured greatly from her childhood films. Frank Tone makes a lively and dramatic performance as the US Consulate to the American embassy of Mexico, but his character is quite poorly designed and completely misses the mark, which is on the writers and director.

No Shirley Temple collection would be complete without this, but I should doubt it is likely to be a favorite for anyone.