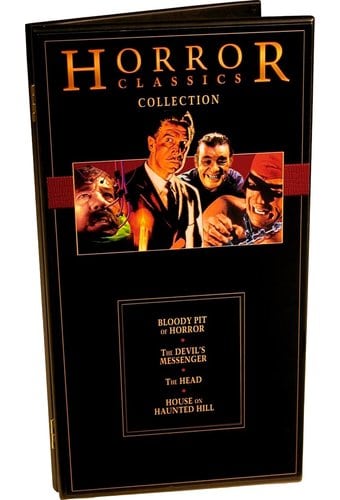 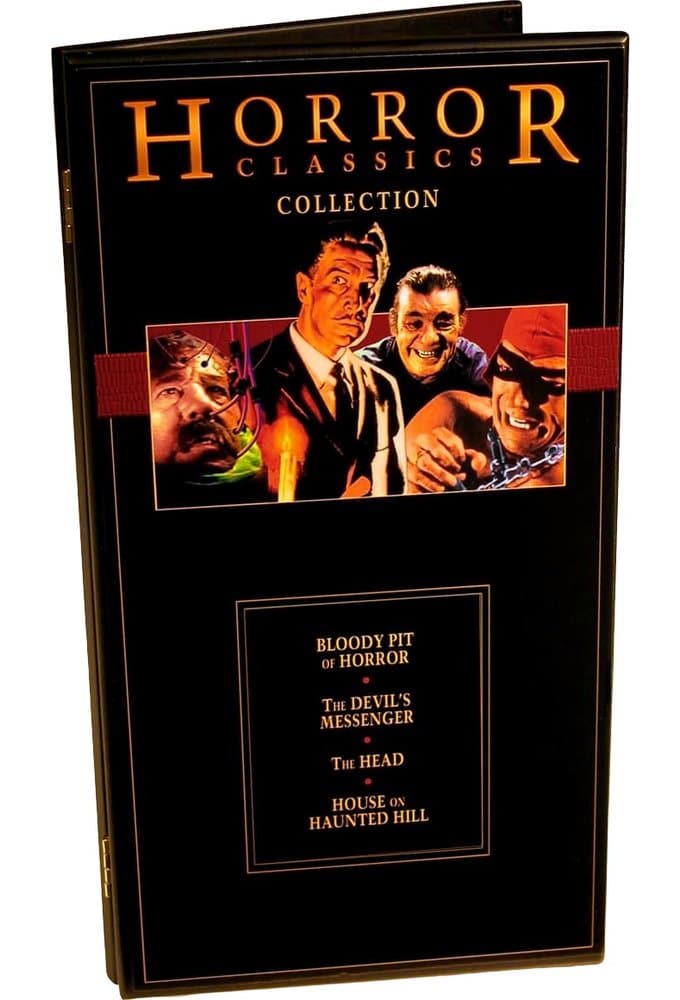 Packaged in a beautiful black-lacquered wooden storage case, this DVD collection includes the movies "Bloody Pit Of Horror," "The Devil's Messenger," "The Head" and "The House On Haunted Hill."

BLOODY PIT OF HORROR: A group of models stumble into an apparently abandoned castle, looking for a suitably gothic setting for a photo shoot. They discover the old dungeon and they and their photographers begin setting up a series of macabre shots. Their presence alerts an unhinged actor who lives out his madness in the castle as the self-proclaimed reincarnation of the Crimson Executioner. When he realizes one of the models is his former fiancée, he begins to execute a series of horrific tortures.

THE DEVIL'S MESSENGER: In this patched-together compilation from an obscure TV show called 13 DEMON STREET, Lon Chaney, Jr., plays the Devil, who sends a henchman to Earth to blow everyone to kingdom come with a 500-megaton bomb.

THE HEAD: A mad doctor uses a serum invented to keep body parts alive on the decapitated head of the man who invented the serum.

HOUSE ON HAUNTED HILL: Vincent Price has one of his juiciest roles in this haunted-house thriller as millionaire playboy Frederick Loren, who invites five guests out to a genuine haunted house, offering them each $10,000 if they spend the night. Elisha Cook, Jr., plays one of the guests, a nervous alcoholic who has been in the house before and witnessed some terrible things. Mr. Loren's beautiful but treacherous wife (Carol Ohmart) is also present--and might be out to kill Frederick during the course of the evening; then again, he might be out to kill her. Severed heads, a skeleton, an acid vat, ghostly screams, and a noose that creeps around on its own and strangles unsuspecting victims are just some of the treats in a film that has been spooking delighted audiences on late-night TV for decades. Producer-director William Castle (THE TINGLER) claimed that HOUSE ON HAUNTED HILL was filmed in a process called Emergo, which meant that at a key moment a glow-in-the-dark skeleton on a wire was rigged to sail over the audience's heads. The skeleton is long since gone, but the goofy thrills remain in this classic tale, from a script by Robb White.