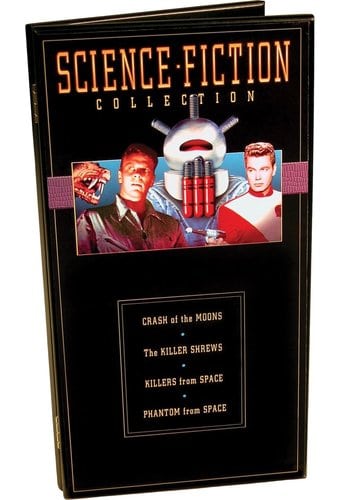 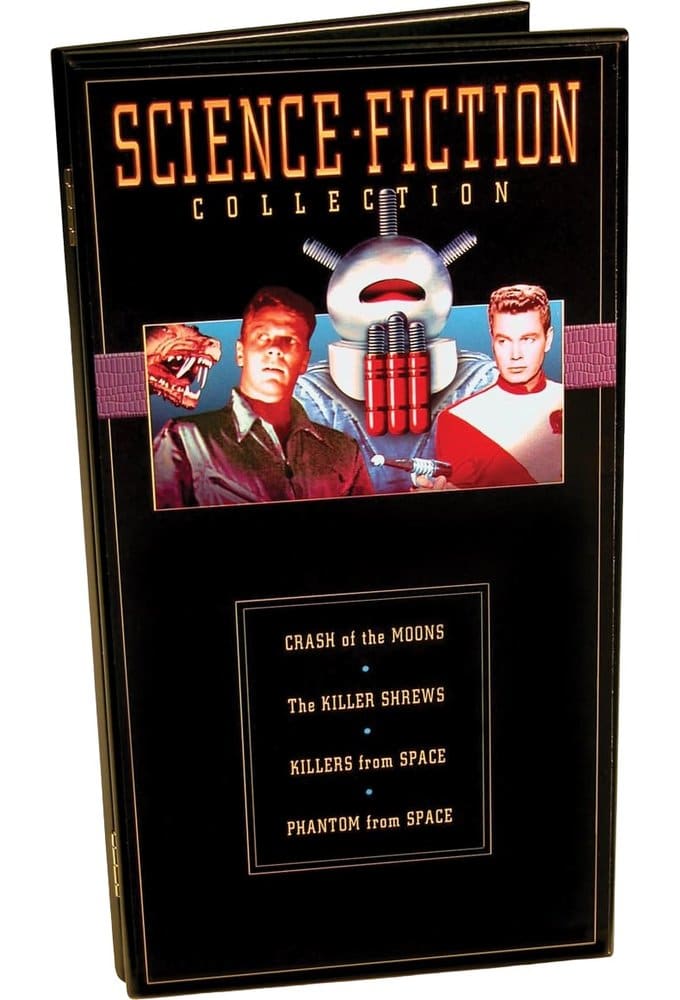 Packaged in a beautiful black-lacquered wooden storage case, this DVD collection includes the movies Rocky Jones, Space Ranger: Crash of the Moons, The Killer Shrews, Killers from Space and Phantom from Space.

Four early example of the science-fiction genre are collected on this release.

CRASH OF THE MOONS: This Rocky Jones adventure finds the heroic figure trying to solve the unsolvable as two worlds look set to collide.

THE KILLER SHREWS: People trapped on an island near Texas are attacked by vicious shrews developed by bungling scientists.

KILLERS FROM SPACE: Creatures from another planet, with ping-pong balls for eyes, raise a human scientist (Peter Graves) from the dead so he can spy on Earth for them.

PHANTOM FROM SPACE: A group of people in an isolated observatory are terrorized by an invisible alien.