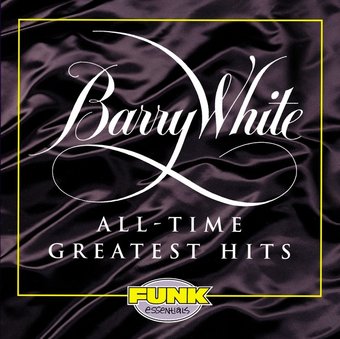 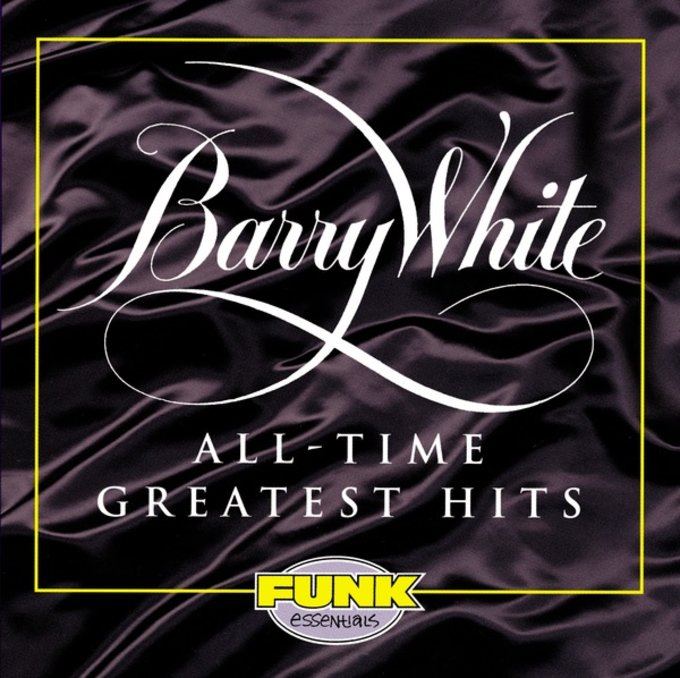 Barry White's ALL-TIME GREATEST HITS contains the original single versions of his classic solo hits, as well as two songs White performed as the lead vocalist of the Love Unlimited Orchestra. All tracks were previously released on the 20th Century Records label.
Personnel includes: Barry White (vocals).
Compilation producer: Harry Weinger.
Includes liner notes by David Ritz.
All tracks digitally remastered by Gary Mayo (Polygram Studios).
Personnel: Barry White (vocals).
Liner Note Author: David Ritz.
It took quite a while for a definitive Barry White compilation to hit the market, but All-Time Greatest Hits -- part of Mercury's Funk Essentials series -- finally filled the bill in 1995. Boasting a full 20 tracks from White's heyday of 1973-1978, more than half of which made the R&B Top Ten, All-Time Greatest Hits is easily the most generous single-disc White collection on the market. It includes the edited single versions, not the full-length album tracks, which actually makes for a more digestible introduction to White's achievements. Like his forebear Isaac Hayes, White was not just a deep-voiced crooner, but a talented producer and arranger who'd spent years honing his craft behind the scenes in the industry. And like Hayes, White spent a great deal of time setting up moods on his albums, using lush, sweeping orchestrations to build very gradually to climaxes. (Actually, that probably explains a good deal of his effectiveness.) But White was not simply a Hayes disciple; his swirling productions were less complex than Hayes', but more in tune with the emerging disco sound, which certainly boosted his popularity. Plus, he took full advantage of R&B's new lyrical permissiveness in the wake of Marvin Gaye's Let's Get It On. If his voice was limited, it was also a tremendous asset for the kind of music he recorded -- deep, resonant, caressing, but always suggestively masculine. The total package made White an R&B love-man icon not just for the disco era, but all time. For all but the most dedicated fans, All-Time Greatest Hits is one-stop shopping. ~ Steve Huey

16%off
Stevie Wonder
The Definitive Collection
$14.20
Add to Cart

The Dramatics
Be My Girl: Their Greatest Love Songs (CD)
$13.60
Add to Cart