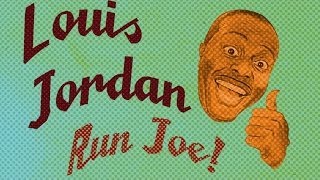 Personnel: Louis Jordan & His Tympany Five; The Calypso Boys.
Recorded between 1941 & 1954. Includes liner notes by Dave Dexter, Jr.
Personnel: Louis Jordan (vocals, alto saxophone).
Liner Note Author: Dave Dexter, Jr.
This is a best-of CD collection that actually lives up to its name. Virtually all of Louis Jordan's hits, which musically bridged the gap between small-group swing, R&B, and rock & roll, are on this single CD, including "Choo Choo Ch'Boogie," "Let the Good Times Roll," "Ain't Nobody Here But Us Chickens," "Saturday Night Fish Fry," "Caldonia," "Five Guys Named Moe," and "Don't Let the Sun Catch You Crying." Serious collectors will want to explore a more complete series, particularly the one put out by Classics, but for a single acquisition, this is the Louis Jordan set to get. Jordan's very likable and good-humored vocals and his hot alto, as well as the playing of the Tympani Five, belong in everyone's music collection. ~ Scott Yanow

Hot
Cab Calloway
The Best of Cab Calloway and His Orchestra (CD)
$4.98 on Sale
Add to Cart