A Tale of Two Worlds (Silent) 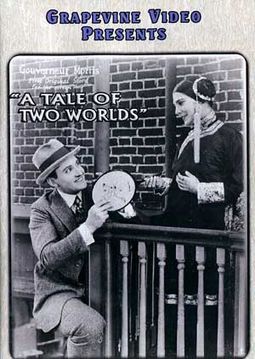 A white child is adopted and raised by a Chinese citizen and brought to San Francisco, where no one surmises that she is actually not Chinese.

A TALE OF TWO WORLDS is among the finest feature-length melodramas of the silent era. The tale begins in China, where an American art dealer manages to obtain a priceless relic of the Ming dynasty, but he and his wife are slain shortly thereafter during the Boxer Rebellion. Luckily, their young daughter is saved by a servant who moves to Chinatown in San Francisco and raises the girl as his own daughter, Sui Sen (Leatrice Joy). As an adult, the beautiful Sui Sen is loved by a number of suitors, including her foster father's servant, Boxer Rebellion leader Ling Jo, and a young, handsome, wealthy wasp (J. Frank Glendon). The evil Ling Jo, played to perfection by Wallace Beery, has devious plans to rid Sui Sen of her other admirers and acquire her family heirloom, the Ming Scepter. Deftly directed by Frank Lloyd (OLIVER TWIST, MUTINY ON THE BOUNTY), A TALE OF TWO WORLDS is a must see for fans of silent melodramas.

After her parents are killed during the Boxer Rebellion, a white girl is raised by a Chinese servant as Chinese while one of the leaders of the rebellion, Ling Jo, has designs on her. This silent classic features a piano score.

Adventure | Silent | Vintage
This product is made-on-demand by the manufacturer using DVD-R recordable media. Almost all DVD players can play DVD-Rs (except for some older models made before 2000) - please consult your owner's manual for formats compatible with your player. These DVD-Rs may not play on all computers or DVD player/recorders. To address this, the manufacturer recommends viewing this product on a DVD player that does not have recording capability.