Czarface The Odd Czar Against Us 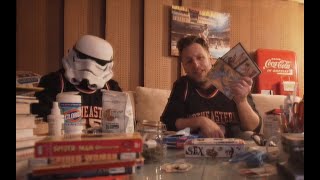 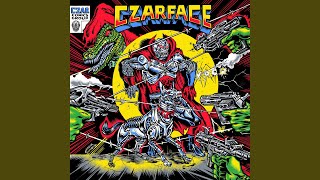 Rap supergroup Czarface (consisting of Wu-Tang Clan's Inspectah Deck and 7L & Esoteric) have been heavily inspired by comics, not only for their artwork and action-packed content, but for their collectability. The Odd Czar Against Us is the project's third full-length of 2019, following their triumphant collaboration with Ghostface Killah and instrumental LP Double Dose of Danger, and while it's as exciting as the group's usual output, what's surprising is how it deviates from their usual sound and lyrical content. While there are a few combat scenes, such as on opener "Bizarro," many of the lyrics discuss technology, and how it often complicates modern life. Likewise, the music is sometimes far from the golden age throwback expected of the group, exploring minimalist synth-funk on tracks like the laid-back "Me's Company" and dancehall reggae on the fun, scattered "Call Me," which expresses the woes of cell phone miscommunication to a bumping sound system beat. "Dear Computer," one of two songs to feature guest vocalist Kendra Morris, focuses on social media culture and its depressing effect on real life. The more aired-out "The Gift That Keeps On..." seems to start out with a fantasy narrative, but abruptly cuts to sober reality with the second verse, which describes the pressures of new parenthood. More lighthearted is the lazy Saturday morning nostalgia of "Couch" as well as "Burrito," a funny-because-true narrative about a sour experience at a fast food establishment. The group return to their stock-in-trade with the scratchy beat and cartoon samples of "Double Dragon" and the ultra-violent horror revenge caper "The Problem with Frank." A bit more true to life than Czarface fans might expect, The Odd Czar Against Us is nevertheless another success for the group. ~ Paul Simpson

Czarface
Every Hero Needs A Villain
$26.70
Add to Cart

Czarface
Every Hero Needs a Villain
$15.40
Add to Cart