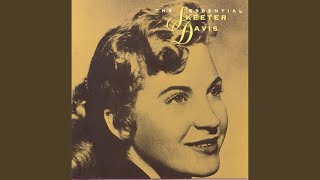 Am I That Easy To Forget (Music Video) 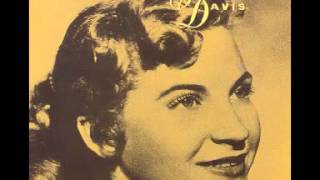 Skeeter Davis : The End Of The World (Music Video)

Personnel includes: Skeeter Davis, Betty Jack Davis (vocals); Bill Walker (conductor); Chet Atkins (guitar).
Producers: Chet Atkins, Anita Kerr, Felton Jarvis, Ronny Light.
Compilation producers: Paul Williams, Colin Escott.
Engineers include: Bill Porter, Tommy Strong, Chuck Steitz.
Recorded between May 1953 and January 1971. Includes liner notes by Colin Escott.
All tracks are stereo except track 1.
All tracks have been digitally remastered.
Personnel: Skeeter Davis (vocals).
Liner Note Author: Colin Escott.
Recording information: 05/23/1953-01/08/1971.
Arrangers: Bill Walker ; Anita Kerr.
Released in 1995, this 20-song collection by country-pop star Mary Francis Penick, known professionally as Skeeter Davis, features the highlights from her prime years with RCA Records. As the title suggests, this truly is the essential Skeeter Davis album, covering a nearly 20-year period that began with 1953's "I Forgot More Than You'll Ever Know," the lone hit by her early duo the Davis Sisters. Recorded with singing partner Betty Jack Davis (unrelated), the song spent eight weeks at number one on the country charts and ranks among the Top 100 country singles of all time. Not long after its release, Betty Jack was killed in a car accident, leaving Skeeter to carry on for a short time singing with Betty Jack's sister Georgia. Thinking she'd had her brief moment in the spotlight, Davis retired from music in 1956 in favor of a domestic life. The break didn't last long, and by 1960 she had paired up with legendary guitarist and producer Chet Atkins, releasing a string of solo hits that would carry her through the next decade. Instead of working with additional singing partners, Davis chose to multi-track her own voice, re-creating the Davis Sisters sound on her own terms; it became her signature, decorating early hits like "Am I That Easy to Forget?" and "(I Can't Help You) I'm Falling Too," and softening her country twang on later pop crossover hits like the wonderful Gerry Goffin/Carole King-penned "I Can't Stay Mad at You" and the orchestrated "Silver Threads and Golden Needles." Of course, her best-known hit 1963's doom-filled romantic ballad "The End of the World" is included here, along with her autobiographical 1971 hit "Bus Fare to Kentucky." Her career would continue through throughout the '80s and into the '90s, but these are the essential tracks that made her a country music legend. ~ Timothy Monger

51%off
Skeeter Davis
Not That Easy to Forget: The Early Years
$5.90
Add to Cart

Christmas on the Range: 26 Festive and Swingin' Country...
$11.40 Super Savings
Add to Cart