Zao The Fear Is What Keeps Us Here [Limited] 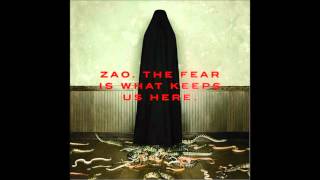 Zao - A Last Time For Everything (Music Video) 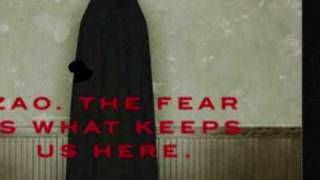 Alternative Press - p.196
"Steve Albini's trademark mix sends the double bass drums ricocheting into the foreground and spreads the atmospheric dread over every last remaining inch of tape."
CMJ - p.27
"[L]ike a giant exposed nerve of noisy intensity, but the songs are memorable, louder and crisper, thanks to Albini's guiding hand."
Kerrang (Magazine) - p.57
"The rawness of the recording serves only to heighten the savagery of their delivery, Dan Weyandts's throat-stripping vocals sounding like the most personal of exorcisms."

Dogged by constant musician turnover, Zao stumbled and spluttered throughout the early 2000s, just as the metallic hardcore style they helped define was enjoying its greatest commercial acceptance via contemporaries and inspired followers such as Shadows Fall, Unearth, and Killswitch Engage. 2004's Legendary collection appeared to symbolize the nail on their collective coffin, especially as it followed the definitive departure of founding drummer and guiding force Jesse Smith; but long-tenured members Daniel Weyandt (vocals) and Scott Mellinger (guitars), were soon lured to carry on by a new contract with leading independent Ferret Records, hiring a new rhythm section and frightening many of their devout Christian followers with the following year's mixed-review concept album, The Funeral of God. Then, for its 2006 follow-up, The Fear Is What Keeps Us Here, the band teamed up with renowned analog-only producer Steve Albini, and once again toned down (while not necessarily disowning) their Christian past, to come up with an album (their tenth!) representing the very extreme of what one might still like to categorize as metalcore. True to Zao's pioneering standards, uncompromising new tracks like "Kingdom of Thieves," "There's No Such Thing as Paranoia," and the zombie love story "My Love, My Love (We've Come Back from the Dead)" are as memorable as they can be perplexing; combining lyrics as arcane as they are thought-provoking with daunting musicianship, discordant riffs, percussion avalanches, and death-growls as guttural as have ever been heard this side of the Atlantic. In other words, here's a band consciously fighting their own fans' preconceptions, while challenging themselves to push the envelope of extremity just as the bulk of their contemporaries are taking the right-hand path in search of a good commercial score. That in itself, justifies Zao's continued existence, despite the recent departures and travails -- they still have an important mission to fulfill. ~ Eduardo Rivadavia