Rolling Stone: 4 Stars - Excellent - "...By this point, Stax had for the most part stopped trying to chase trends and instead concentrated on its strengths: down-home, funky and gritty urban blues..." 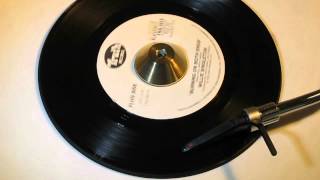 As it evolved from down-home enterprise to corporate soul powerhouse, the Memphis-based Stax/Volt label forged an enormously influential sound and label identity in its quest to be "where everything is everything."

All 213 soul singles released by Stax/Volt in this period (1972-1975) are contained in Volume 3, which like the previous compilations features a panoply of big hits as well as a surprising number of undeservedly obscure gems.

Stax historian (and box co-producer) Rob Bowman tells the whole story in his 47,000-word essay. And the last word on the subject is: The Memphis Sound lives.

More from the Other Side of the Trax: Volt 45rpm Rarities...
$15 Super Savings
Add to Cart