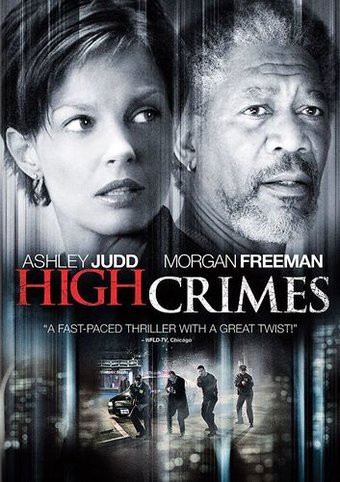 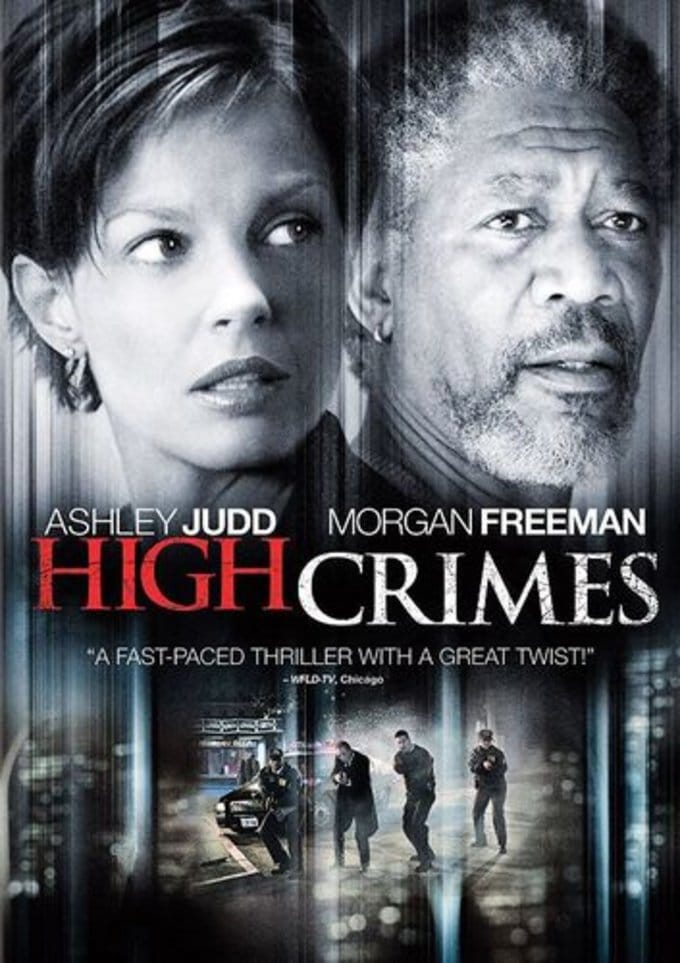 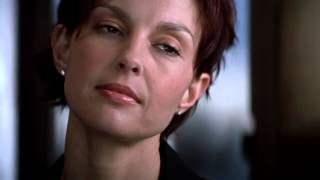 Based on the novel by Joseph Finder, HIGH CRIMES is an engaging courtroom thriller that features standout lead performances by Ashley Judd and Morgan Freeman. Judd is Claire Kubik, or is she' A successful defense attorney with a seemingly perfect life, Claire is shocked to discover that her husband, Tom (Jim Caviezal), has been arrested by the United States Marine Corps for slaughtering innocent civilians in El Salvador many years before. Not knowing who to believe, Claire eventually accepts her husband's pleas of innocence and sets out to defend him. With the help of wild-card ex-Marine lawyer Charlie Grimes (Freeman) and wet-behind-the-ears Lt. Terrence Embry (Adam Scott), Claire attempts to set the record straight once and for all. But as she uncovers new information that reveals a cover up even she could never have imagined, the stakes are raised, threatening her own life in the process. Acclaimed director Carl Franklin (ONE FALSE MOVE, DEVIL IN A BLUE DRESS) embraces his material like a true professional, employing tension-mounting camera movements and clever flashback sequences to turn a potentially standard, by-the-books courtroom drama into an entertaining thriller. Playing another self-reliant, tough character, Judd proves she is one of Hollywood's most dependable stars.