Get email alerts for The Raspberries
15 ratings
Available: Usually ships in 2-4 business days
Only 6 copies left
Add to Cart
Add to Wishlist
Format:  CD
item number:  HCGX
Products with a similar style:
The Very Best of Badfinger (CD) $16.30
The Best of Badfinger, Volume 2 (CD) $12.98
91% recommend us! 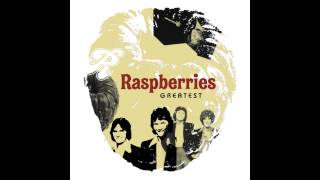 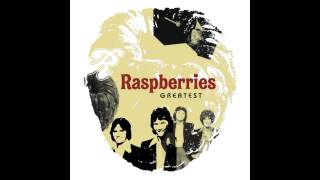 Personnel includes: Eric Carmen (vocals).
Includes liner notes by The Raspberries and Ken Sharp.
The Raspberries: Eric Carmen (vocals, guitar, piano, bass guitar); Dave Smalley (vocals, guitar, bass guitar); Wally Bryson (vocals, guitar); Scott McCarl, John Alleksic (vocals, bass guitar); Jim Bonfanti, Michael McBride (drums, background vocals).
Personnel: Michael McBride (vocals, drums); Jim Bonfanti (vocals).
Audio Remasterers: Evren G”knar; Kevin Bartley.
Liner Note Author: Ken Sharp .
Your typical garden-variety rock historian says that Big Star never went over with American record buyers because the kids were more interested in hard rock or prog than smart power pop at the time -- but that logic conveniently ignores the fact that the Raspberries were scoring hits and selling tickets all across the nation at the same time Radio City was dying on the vine. And while Eric Carmen may have lacked Alex Chilton's snazz as a freak-genius guitarist or songwriter, at their best the Raspberries were the band who succeeded where Big Star failed, crafting gloriously hooky but potently rockin' three-minute tunes that moved the British Invasion musical ethos ten years into the future. (And one could argue that Wally Bryson, Jim Bonfanti, and John Alleksic were a more potent backing band than Chilton had at the time, even if they lacked a visionary along the lines of Chris Bell.) Greatest covers most of the same territory that was charted out on previous Raspberries compilations (most notably the Capitol Collectors Series set from 1991), but the material has been remastered using 24-bit technology for greater punch and power, and the liner notes feature relevant commentary from Carmen, Bryson, and Bonfanti on the songs. From the glorious teenage lust anthem "Go All the Way" to "Overnight Sensation (Hit Record)," still the best song about the rush of hearing yourself on the radio, Greatest is an excellent one-stop shopping place for your Raspberries needs. You may not need this to replace any of the previous greatest-hits sets, but anyone looking for a great introduction to this great band can buy this with confidence. ~ Mark Deming

Climax
Precious and Few & Other Favorites
$12.70
Add to Cart