The Rolling Stones Tattoo You 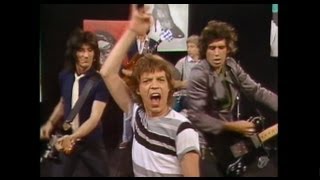 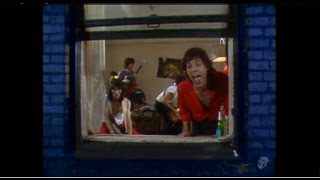 Personnel: Mick Jagger (vocals, guitar, harmonica, keyboards); Keith Richards (vocals, guitar, keyboards); Ron Wood (vocals, guitar); Bill Wyman (vocals, keyboards, synthesizer); Mick Taylor , Wayne Perkins (guitar); Sonny Rollins (saxophone); Charlie Watts (drums).
Audio Mixers: Gary Lyons ; Bob Clearmountain.
Audio Remixer: Bob Clearmountain.
After bum-rushing the '80s with EMOTIONAL RESCUE, the Stones released TATTOO YOU, the second half of a potent one-two album punch that showed the band asserting themselves as they entered their third decade of music-making. Essentially made up of songs dating as far back as 1972 sessions for GOATS HEAD SOUP, the Stones' 1981 release is still a potent slab of swagger and sass. "Hang Fire" is a tight two-minute and twenty second redefinition of surf music, and "Start Me Up" is classic Stones, replete with Jagger's sexual braggadocio and Keith's patented "Honky Tonk Women"-style riffs. The bluesy shuffle that is "Black Limousine" is only surpassed by the cocky "Little T & A," sung by an endearingly raspy Keith Richards. Most impressive on TATTOO YOU is the wistful "Waiting On A Friend," featuring jazz giant Sonny Rollins wailing away on his saxophone as the song fades out.