Rolling Stone: Ranked #100 in Rolling Stone's "500 Greatest Albums Of All Time" - "[The album] sustains a midnight mood of loneliness and lost love - it's a prototypical concept album." 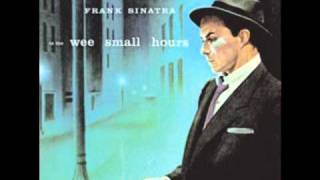 01. In The Wee Small Hours of the Morning (Music Video) 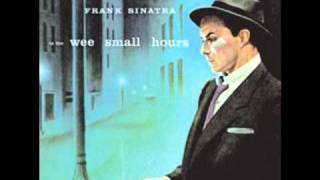 Rolling Stone - 12/11/03, p.120
Ranked #100 in Rolling Stone's "500 Greatest Albums Of All Time" - "[The album] sustains a midnight mood of loneliness and lost love - it's a prototypical concept album."
Mojo (Publisher) - 2/01, p.104
"The most indispensable Sinatra item. A collection of songs about unrequited love, not merely sung but lived out by a performer seemingly intent on sharing his own heartbreak with the world..."
NME (Magazine) - 8/12/00, p.28
Ranked #7 in The NME "Top 30 Heartbreak Albums" - "...Smokey, bleak and at times desolate, it is easy to trace the line back to Billie Holiday....His voice has rarely had such devastating effect."

Originally issued on CD without the song "Last Night When We Were Young."
Personnel includes: Frank Sinatra (vocals); Nelson Riddle (arranger).
Includes liner notes by Pete Welding.
Digitally remastered by Larry Walsh (Capitol Recording Studios).
Personnel: Frank Sinatra (vocals).
Audio Remasterers: Larry Walsh; Bob Norberg.
Liner Note Author: Pete Welding.
Recording information: 03/01/1954-03/04/1955.
Photographer: William Claxton.
Arranger: Nelson Riddle.
Recorded in 1955, this superbly arranged and sung set of slow ballads can lay claim to being the world's first "concept album." Of course, in classical music, song cycles had been around since Schubert, but a whole set of pop tunes arranged around a central theme or mood was something new in popular music. With the advent of the LP in 1953, commercial pop music was beginning to take itself seriously. As to be expected, Frank Sinatra did it first and best.
Sinatra is in utter command of this material--vocally relaxed yet focused on conveying what these hand-picked "torch" songs still have to say to the modern listener. Throughout he projects his signature manly vulnerability without seeming maudlin or even sentimental. The singer is helped immeasurably in this task by Nelson Riddle's deftly scored chamber arrangements which include brilliant use of celeste and guitar on several tracks (cf. Alec Wilder's "I'll Be Around", Kay Swift's "Can't We Be Friends".) A must for any listener even remotely interested in the Great American Songbook.

Billie Holiday
Lady in Satin
$5.98 on Sale
Add to Cart

25%off
Frank Sinatra
Swing Easy!/Songs for Young Lovers
$8.98 on Sale
Add to Cart