NME (Magazine): "[A] record like a deep gulp of cold air on a clear, bright morning after. Opener `Never Ending Circles' is full of juddering tingles and glistening epiphanies..." 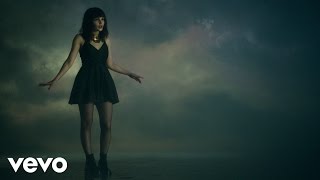 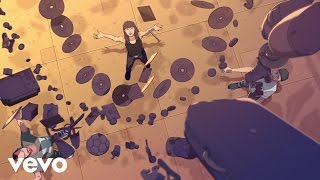 Entertainment Weekly
"[W]ith thumping beats, irresistible synth hooks, and singer Lauren Mayberry's bright vocals, never has heartbreak sounded so joyous."
Billboard - 4 stars out of 5 -- "The music is digital and danceable but with emotional depth -- much of it thanks to Mayberry, who can be dulcet but can also fly and punch."
NME (Magazine)
"[A] record like a deep gulp of cold air on a clear, bright morning after. Opener 'Never Ending Circles' is full of juddering tingles and glistening epiphanies..."
Paste (magazine) - "EVERY OPEN EYE goes even further in developing their own voice and, in doing so, comes out with music even catchier than the songs on their excellent debut..."
Pitchfork (Website) - "[T]he hard work and meticulous fine-tuning of EVERY OPEN EYE is so deeply embedded in the finished product that Chvrches never come off as self-conscious. Instead, it manifests as that uncanny, priceless quality of the truly popular: confidence."
Clash (Magazine) - "[I]t remains a thoroughly impressive effort. 'Never Ending Circles' is the ideal opener and a perfect distillation of everything CHVRCHES."

Recording information: Alucard Studios, Glasgow (01/2015-07/2015).
Chvrches' impact on the pop landscape made itself known almost immediately after the release of The Bones of What You Believe -- in the years that followed, artists big and small were borrowing the Scottish trio's flair for heart-on-sleeve lyrics wrapped in soaring, synth-laden choruses. Even if the sensitive synth-pop field was more crowded at the time of Every Open Eye's release than it was in 2013, Chvrches distinguish themselves by continuing to do this sound better than just about anyone. Rather than expanding on their debut's combination of hooks and huge soundscapes, they streamline the formula that made songs like "Recover" and "The Mother We Share" so beloved. "Never Ending Circles," with its staccato verses and sweeping choruses, might be the quintessential Chvrches song. This isn't to say that Every Open Eye is predictable. The band makes some subtle adjustments, opting for a bright, punchy approach inspired by Quincy Jones' work with Michael Jackson on Off the Wall and Thriller, where the producer made a handful of elements sound massive. Sometimes the '80s influence is understated, adding a more urgent bounce to songs like "Keep You on My Side" and "Bury It;" sometimes it's more blatant, with the synth tones on "Make Them Gold" evoking the theme song to St. Elmo's Fire, and the giddy arpeggios on "Clearest Blue" echoing Depeche Mode's "Just Can't Get Enough." But even if Every Open Eye is cheerier-sounding than The Bones of What You Believe, its emotions are just as complex. As on their debut, it's Lauren Mayberry who brings Chvrches' skyward sounds back down to earth. On songs such as "Empty Threat" and "Playing Dead," she's vulnerable yet clear-eyed, open to letting people into her heart and strong enough to let them go if and when the time comes. Martin Doherty sings one of the album's most disillusioned songs, the Twin Shadow-esque "High Enough to Carry You Over" and shines on "Down Side of Me," a mournful duet with Mayberry that delivers one of the album's stand-out moments and proves the band's dark side is alive and well. It's another example of how Chvrches give fans what they want without rehashing their debut on Every Open Eye, an almost uncannily well-crafted second album. ~ Heather Phares