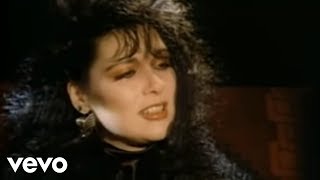 Compilation producers: Cheryl Pawelski, Brant Berry, Paul Atkinson.
Includes liner notes by Gillian G. Gaar.
Digitally remastered by Evren Goknar (Capitol Mastering).
Recording information: 1985-1995.
Photographer: Mark Van S.
Heart had a second run on the charts in 1985 when they signed to Capitol Records and refashioned themselves as a mainstream pop/rock band, heavy on melodies and power ballads. The move paid off immediately, as they scored four Top Ten hits from Heart, their first record for the label: "What About Love?," "Never," "These Dreams," and "Nothin' at All." Heart kept up their hot streak for several more years, reaching the Top Ten three other times with the number one hit "Alone," "Who Will You Run To," and "All I Wanna Do Is Make Love to You." All of those songs are on Greatest Hits 1985-1995, along with 11 other tracks, including the semi-rarities of the Ann Wilson and Robin Zander duet "Surrender to Me" and the "studio version" of "You're the Voice." It may run a little long for the more casual fans, but overall, this is an excellent overview of the era, perfect for fans that don't need the full-length studio albums. ~ Stephen Thomas Erlewine

65%off
Heart
Heart Presents A Lovemonger's Christmas [Import]
$5.98 on Sale
Add to Cart