Gamma Ray To the Metal! 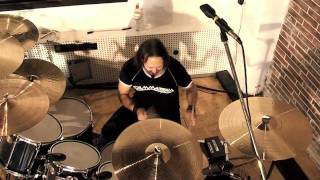 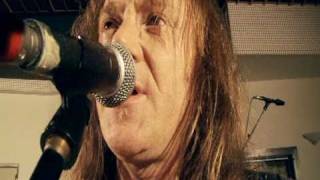 Gamma Ray Empathy (official video) from the album TO THE METAL! (Music Video)

Personnel: Kai Hansen (vocals, guitar); Henjo Richter (guitar); Corvin Bahn (keyboards); Dan Zimmermann (drums).
Audio Mixers: Dirk Schlachter; Kai Hansen.
Recording information: High Gain Recording Studios, Hamburg (05/2009-12/2009).
Photographer: Axel Jusseit.
Arranger: Gamma Ray.
Gamma Ray, formed by Kai Hansen, formerly of Helloween, in 1989, have become something of a power metal institution at this point. Far from the pomp and shred-happiness of 1990s-2000s acts like HammerFall and DragonForce, though, Gamma Ray's vision of power metal is one that harks back to the early-'80s sound of Judas Priest, Accept, and even Scorpions. Their guitar riffs are headbang-worthy, but their choruses are meant to be sung along to by starry-eyed audiences; lines like "Let me die as a rebel/Or live as a free man at last," from "All You Need to Know," are absurd on their face, but the earnest delivery allows the band to carry them off without seeming foolish -- it's just part of the showmanship that metal used to traffic in but which fell by the wayside in the post-grunge years. The musicianship on To the Metal! is top-notch; the drumming, in particular, has a swing and groove that's far more impressive than most younger acts' endless marathons of triggered blastbeats. Gamma Ray sound straight from the '80s, but not in a jokey way. They're working within a defined tradition, maintaining an aesthetic that's no less recognizable than klezmer or Western swing. Fans of the genre, and the power metal aesthetic, will find this album very rewarding. Outsiders and/or newcomers probably shouldn't bother unless they approach with genuinely open ears and wipe that smirk off their face. ~ Phil Freeman