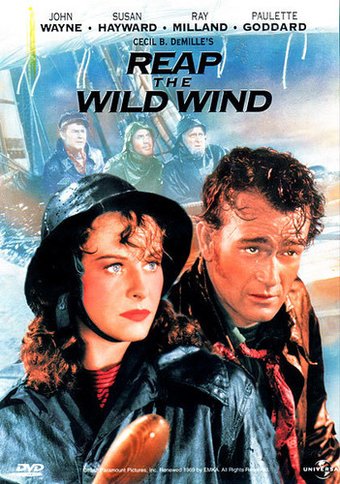 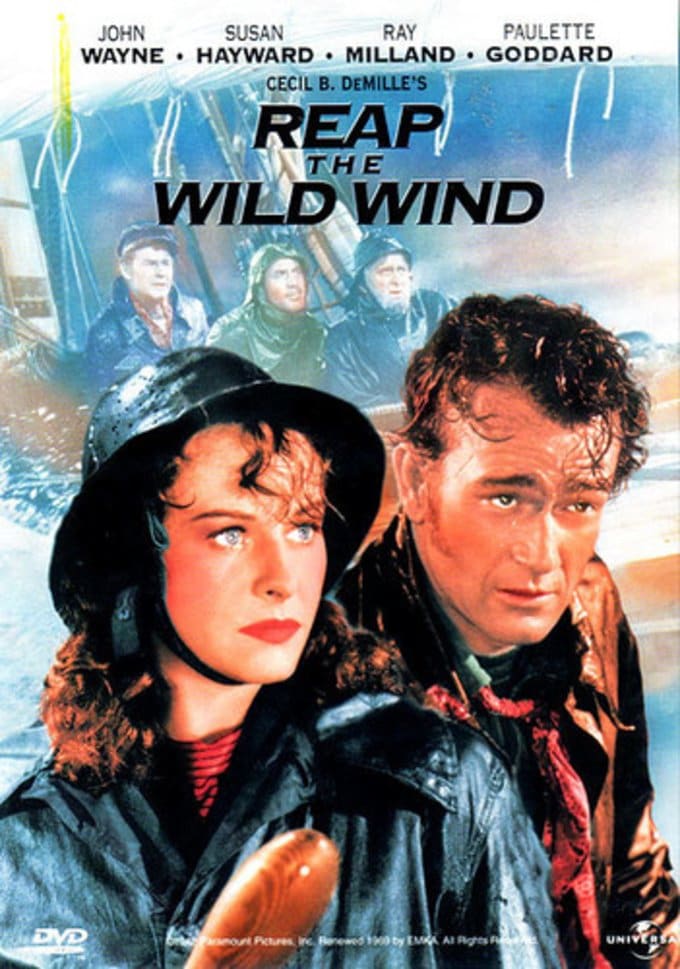 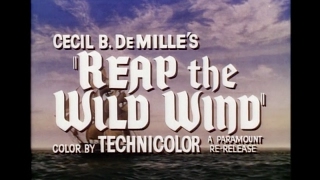 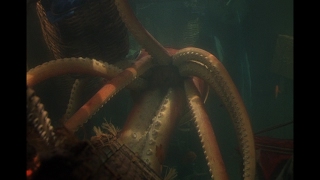 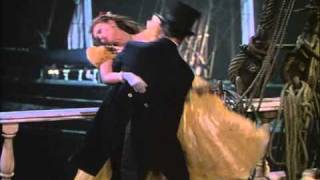 Cecil B. DeMille directs an all-star cast in this turbulent, swashbuckling tale, set in 1840s Key West, that earned an Academy Award for Special Effects. Ray Milland, John Wayne, Paulette Goddard and Susan Hayward star in what Daily Variety hails as "a potent combination of the romantic, the sensational...in vivid Technicolor trappings."

John Wayne, Ray Milland, and Paulette Goddard team up with the legendary producer-director Cecil B. DeMille to create one of the greatest swashbuckling epics of all time. Adventures on the panoramic high seas highlight this tale of two men competing for the same woman. Key West in the 1840s is filled with salvage businesses thriving on the cargo of wrecked ships dashed against the coral reefs. Spunky ship owner Loxi Claiborne (Paulette Goddard) suspects salvager King Cutler (Raymond Massey) of foul play, since he's always first on the scene at a wreck. The independent, kittenish Southern gal is waiting on deck to help rescue the latest survivors of a wreck when she meets courageous Captain Jack Stuart (John Wayne), who instantly falls for the free-spirited Loxi. Loxi and Jack promise themselves to one another and make arrangements to meet up in Charleston. But, once in Charleston, Loxi meets lawyer Stephen Tolliver (Ray Milland). Despite Loxi's refusal to act like a typical blushing Southern belle, she quickly entices the debonair businessman, who decides that he will do anything to make her his wife. The rivals in love become enemies in the courtroom when Jack helms another wreck and Tolliver suspects foul play. Who will be found guilty and how hinges on some amazing developments. Along with the star-studded cast, this glorious sea spectacle stars huge clipper ships, storms splintering on the rocks, and a giant squid in a memorable underwater battle.

Cecil B. DeMille set this epic drama of ship salvagers in 1840s Key West, Florida. Among the film's most exciting scenes are the two rivals joining forces to fight an octopus underwater, a hurricane that smashes and breaks the boats, and the heroine caught in the waves.

The Spoilers
$10
Add to Cart

Pirates of The Caribbean: Curse of The Black Pearl (Blu-ray...
$11.70 CYBER WEEK
Add to Cart