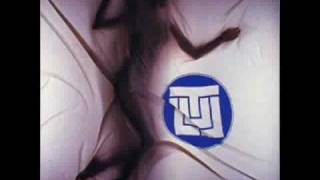 Enhancements include a video for "Lap of Luxury."
Jethro Tull: Ian Anderson , Martin Barre, Peter-John Vettese.
Personnel: Ian Anderson (vocals, guitar, acoustic guitar, flute, drums); Martin Barre (electric guitar); Peter-John Vettese (keyboards, percussion); Dave Pegg (acoustic bass, electric bass).
Liner Note Author: Ian Anderson .
Photographers: Sheila Rock; Trevor Key.
After revisiting some typically Tull motifs on 1982's BROADSWORD AND THE BEAST and releasing a solo album in 1983, Ian Anderson resurrected the Jethro Tull name in 1984 with UNDER WRAPS. He once again opted to distance himself from the Jethro Tull image of olde. Throughout the '80s Anderson gamely tried various approaches toward recasting Tull for a musical climate that had changed radically from the band's '70s heyday.
On UNDER WRAPS, Anderson shares songwriting credits with keyboardist Peter-John Vettesse, whose electronic textures give the record its pronounced '80s feel. Lyrically, Anderson seems to have jettisoned the past as well. On songs like "Radio Moscow" and "Paparazzi" he addresses modern concerns via topical language and bleeping keyboards. Anderson shows he still has his knack for a crisp and evocative melody on the relatively stripped-down title track and the simple, catchy "Lap of Luxury."