The Rolling Stones Under Cover 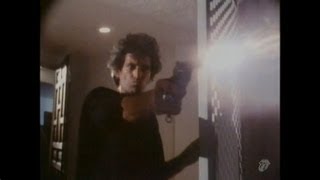 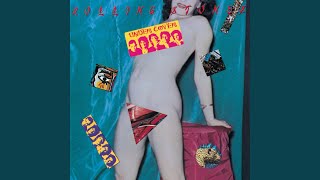 Tie You Up (The Pain Of Love) (Music Video)

The Rolling Stones: Mick Jagger (vocals, guitar, harmonica); Keith Richards, Ron Wood (guitar, bass, background vocals); Bill Wyman (piano, bass, percussion); Charlie Watts (drums).
Additional personnel: Jim Barber (guitar); Chops (horns); Ian Stewart (piano, percussion); Chuck Leavell (keyboards); Moustapha Cisse, Brahms Coundoul, Martin Ditcham (percussion); David Sanborn, Sly Dunbar.
Recorded at EMI Studios, Paris, France and Compass Point Studios, Nassau, Bahamas.
Digitally remastered by Bob Ludwig (Gateway Mastering Studios).
Up until 1983's UNDERCOVER, it had been quite a long time since rock's reigning aristocracy made anything besides their status as such (and the rewards thereof) an album's theme. But with the exception of "She Was Hot," a lustful rocker that wouldn't have sounded out of place on SOME GIRLS, this year's Rolling Stones had something else on their minds. There's violence amidst the freaky reggae and soul of UNDERCOVER's grooves, a darkness unfelt on a Stones album since Altamont made them want to leave such devilish business behind.
With Afro-Cuban percussion and dub textures scattered throughout, UNDERCOVER sounds like a soundtrack to a bloody Caribbean coup d'etat. The machine-gun rattle of Linndrums on "Feel On Baby," the viciously dubbed-out guitars of the title track, and Jagger's reliance on sado-masochism as a central lyrical theme ("Tie You Up" and "Pretty Beat Up" being the most obvious examples) add to the notion that the Stones were reflecting a world gone wrong back upon its audience. But past its bleakness, UNDERCOVER is among the last exciting bits of music the Stones ventured to make.

The Rolling Stones
Tattoo You
$13.60
Add to Cart