The Classic MiniSeries based on Jonathan Swift's Timeless Adventure 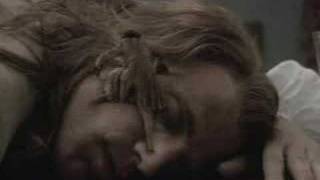 This acclaimed made-for-television version of Swift's fantasy employs an all-star cast and superior special effects to portray all four books in the cycle. From Lilliput and Brobdingnag to Laputa and the lands of the Struldbruggs and Houyhnhnms, Gulliver's 9-year odyssey and his struggle to prove his sanity are vividly brought to life.

Ted Danson stars as Doctor Lemuel Gulliver in this spectacular television version of Jonathan Swift's classic satire of English society.
Gulliver returns to England from his perilous journey to find that during his 8-year absence, his wife, Mary, gave birth to a son he'd never met, his medial practice has been taken over by Dr. Bates, and all these years Mary has been employed as housekeeper for Bates, but has successfully spurred his proposals of marriage.
Meeting his boy, Tom, for the first time, Gulliver begins to recount his travels. He tells him of the Lilliputians: the tiny, belligerent people who employed Gulliver to attack their rivals. Then he recalls meeting the giants, who turned him into a novelty attraction; the geniuses from the flying island of Laputa; and the Houyhnhunms, a breed of intelligent, rational horses that have created a nearly perfect society.
While Mary and Dr. Bates listen to Gulliver's stories, they become convinced that Gulliver is mad. And Bates becomes very aware that he has the opportunity to lock away Gulliver in a mental asylum -- and keep the medical practice and Mary for himself.

Ever After: A Cinderella Story
$8.40 Super Savings
Add to Cart