5 ratings
Currently Out of Stock: We'll get more as soon as possible
Notify Me When Available
Add to Wishlist
Format:  CD
sku:  33AQG
Our customers love us! 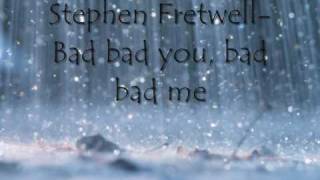 Personnel: Stephen Fretwell (vocals, guitar, harmonica); Erin "Eddy" Moran, Isobel Heyworth (vocals).
Audio Mixer: Guy Massey.
Sensitive U.K. singer-songwriter Stephen Fretwell caused a stir when this folk-oriented full-length debut was released in his home country in 2004. This collection of a dozen songs for a rainy Sunday begins with a single solitary piano note and Fretwell's nasal North of England accent on "Do You Want to Come With?" The album's air of melancholy never really clears, and if Fretwell's comparative youth and inexperience is evident in some strained lyrical imagery, his imagination and ear for a good tune also manifests itself on songs like the worldly wise "Bad Bad You, Bad Bad Me" and the homespun "Lines."