Q: 4 out of 5 stars - "...A steady consolidation of its predecessor....File not alongside Yes or ELP but Fairport Convention and The Crazy World OF Arthur Brown..." 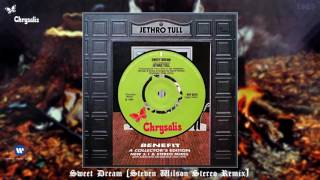 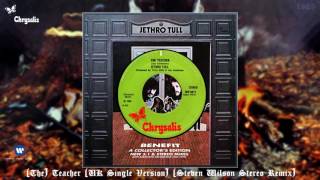 Jethro Tull: Ian Anderson (vocals, flute); Martin Barre (electric guitar); John Evans (keyboards); Glenn Cornick (bass); Clive Bunker (drums).
Additional personnel: John Evan (piano, organ).
Producer: Ian Anderson.
Reissue producers: Jo Brooks, Nigel Reeve.
Principally recorded at Morgan Studios, London, England. Includes liner notes by Ian Anderson.
All tracks have been digitally remastered.
Tull's third album finds them pulling definitively away from their blues-rock beginnings and heading towards the folk-influenced prog-rock that would become their trademark. It captures a brief, crucial moment in the band's life. They hadn't yet adopted the complex, medieval-oriented approach of their most famous works, but they had progressed enough to record some of Ian Anderson's most unpretentious, personal and affecting songs. Instead of courtly prog-rock or Cream-ish electric blues, BENEFIT is full of visceral, electrified folk-rock. The light, acoustic-flavored "With You There to Help Me" and "Inside" are full of thoughtful passion. The harder-edged "To Cry You a Song" and "Teacher" are examples of Tull's ever-present way with a hooky riff. For those distrustful of fancy time signatures and complex song suites, a strong case could be made for BENEFIT as Tull's most satisfying effort.

Hot
Jethro Tull
Minstrel in the Gallery
$12.98 on Sale
Add to Cart

Spooky Tooth
You Broke My Heart So I Busted Your Jaw (CD)
$11.98 on Sale
Add to Cart

Neil Young
Everybody Knows This Is Nowhere (CD)
$11.98 on Sale
Add to Cart