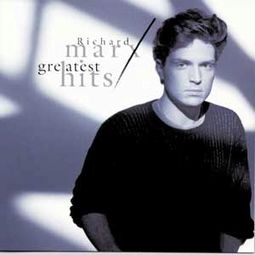 Personnel includes: Richard Marx, Luther Vandross, Lionel Richie (vocals).
Producers: Richard Marx, David Cole, Humberto Gatica, Randy Jackson.
Includes liner notes by Richard Marx.
Although he began his career singing backup for musicians such as Lionel Richie and Madonna, Richard Marx made his mark on the pop music scene in 1987 with his hit single, "Don't Mean Nothing." Over the next ten years, Marx racked up thirteen top five singles and four multi-platinum albums; his biggest are included on GREATEST HITS, including familiar songs like "Hold Onto the Nights," the sweet ballad "Now and Forever," and the kicky, uptempo "Satisfied." Other standouts include "Angel's Lullaby," which was included on the Pediatric AIDS Foundation benefit cd, FOR OUR CHILDREN TOO, and which Marx wrote for his young sons: "I was never alive til the day I was blessed with you/I hold you late at night/Knowing what I was put here to do."

Survivor
The Best of Survivor
$8.20
Add to Cart