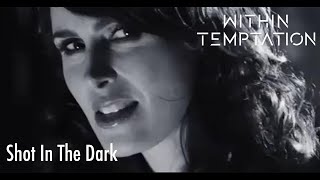 Within Temptation - Shot In The Dark (Official Music Video) 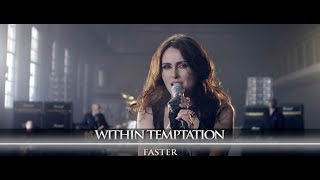 In the mostly male-dominated world of heavy metal, it's always refreshing to see more women getting involved in the genre. Such is the case with Dutch melodic metallists Within Temptation. Led by singer Sharon den Adel, the group issued their fifth studio album overall in 2011, The Unforgiving. As with their previous efforts, Within Temptation specialize in what is known as symphonic metal, but to their credit, it doesn't come off bombastic or overwrought (like many other similarly styled bands who tend to lean more toward the prog metal side of things). The key to avoiding this trap is letting the songwriting rule supreme, as opposed to merely focusing on showing off your chops, and Within Temptation do just that. Case in point, the lead-off single "Faster," which manages to contain elements of hard rock, but also seems like it could easily cross over onto the pop charts (thanks to a hook-heavy chorus). Elsewhere, melody is equal to metal, as evidenced by "Shot in the Dark," "Where Is the Edge," and "Stairway to the Skies." And it turns out there is a reason why The Unforgiving comes off as sounding cinematic: the group issued a series of short films (and even a comic book), in which the tunes from the album provide the soundtrack. A concept album that doesn't get weighed down by the story line is a rarity, but it is something that Within Temptation succeed at with The Unforgiving. ~ Greg Prato

Within Temptation
Heart Of Everything
$42.70
Add to Cart

Within Temptation
Resist
$13.60
Add to Cart

Within Temptation
The Silent Force
$11.80 Discontinued

Within Temptation
Enter
$32
Add to Cart