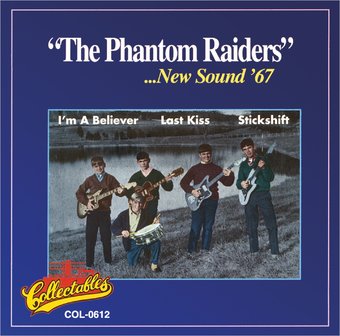 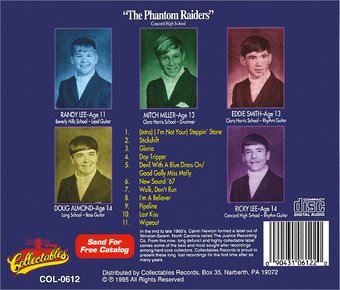 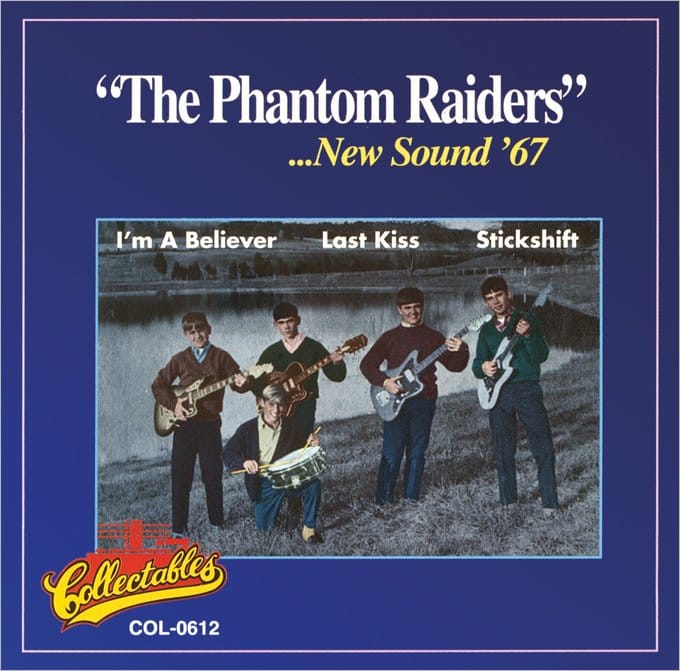 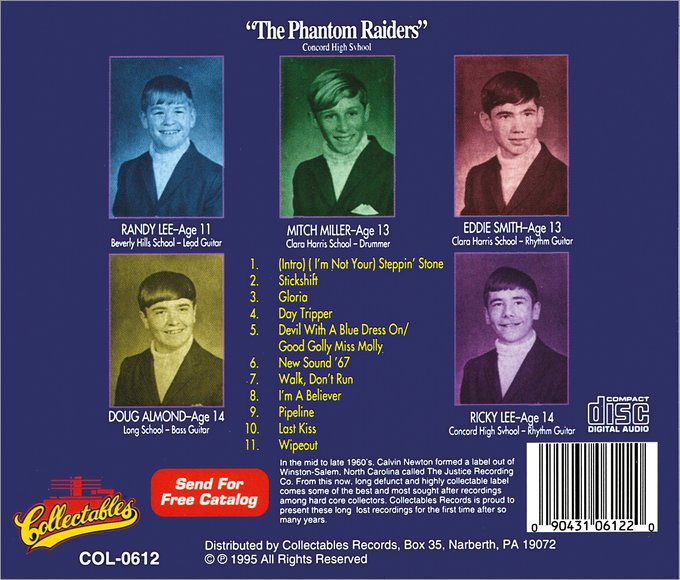 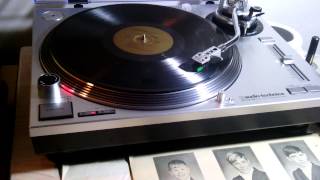 The youngest of the Justice Groups, The Phantom Raiders covered all the great hits of the day while making appearances at teen clubs and high school dances.

Phantom Raiders: Randy Lee, Eddie Smith, Ricky Lee (guitar); Doug Almond (bass); Mitch Miller (drums).
Includes original release liner notes.
The group still had some aspects of their sound and playing to work out, as is obvious on their halting account of "Day Tripper," but for a band only half of whose members were in their teens, the Phantom Raiders are pretty impressive. They're much better on Mitch Ryder's "Devil with a Blue Dress On" and even "Gloria." Mitch Miller's drumming is the best part of the band's attack, but most of this album is great fun. The title track is a guitar instrumental filled with Arabesques and pseudo-surf elements. ~ Bruce Eder