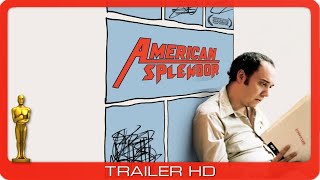 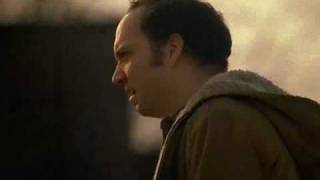 Pekar is a pessimistic file clerk with no hope of ever rising above his boring job, slobbish apartment, and bad attitude. Wonderfully set in his ways, Pekar's constant self-deprication is clearly a front for his prolific interests in music and art. When his friend Robert Crumb (James Urbaniak) gets his big break as a comic book artist, Pekar decides to try his hand at the craft. Though he can't illustrate, his stories are good, and Crumb agrees to help draw the pictures. Soon several artists are illustrating Pekar's American Splendor series, and the comic book's readership grows. The film continues through the events of Pekar's life--meeting wife Joyce Brabner, appearing on David Letterman, struggling with cancer, and adopting a daughter--always showing Pekar's no-frills approach to life. A creative and punchy film, AMERICAN SPLENDOR invites viewers into the odd world of Pekar and his comic-book antihero persona.

16%off
Monty Python - And Now For Something Completely Different (DVD)
$12.60 Super Savings
Add to Cart

80%off
The Journalist and the Jihadi: The Murder of Daniel Pearl (DVD)
$3.98 on Sale
Add to Cart