Skip and The Creations Mobam

Get email alerts for Skip and The Creations
Available: Usually ships in 2-5 business days
14 copies available
Add to Cart
Add to Wishlist
Format:  CD
item number:  COL 0602
Related products:
Journey With The Starliters for $5.98
Our customers love us! 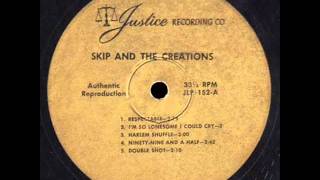 Skip & The Creations - Ninety Nine and a Half (Music Video) 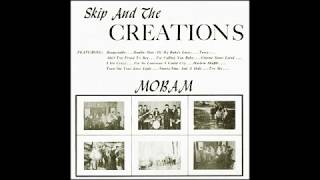 From the legendary North Carolina Justice Recording Company comes Skip and the Creations, garage band hotshots from Virginia. This incredibly rare album features their versions of the hits of the day.

Liner Note Author: Mark Marymont.
These boys really tried hard, mixing R&B and gospel influences in a surprisingly effective fashion, and their concert performances must've been awesome in the context of the times. It's a shame they didn't leave more of a trail behind that could be followed today, apart from these 11 songs cut around 1967. Their cover of "Double Shot of My Baby's Love" was no threat to the Swingin' Medallions, nor was their "Respectable" going to make the Outsiders worry about losing gigs -- but even here Skip and company did sing with a demented, soulful snarl that makes their work entertaining and animated, and puts these performances over. The songs include their version of the James Brown standard "I'll Go Crazy" (also covered by the original Moody Blues -- these guys sound like they learned it off the original), and Skip is a pretty mean soul shouter here. "Try Me" is the highlight of the album, a seriously soulful rendition with a gospel-tinged organ that lights up the entire song. "Turn on Your Lovelight" and "Gimme Some Lovin'" are also desirable tracks, their drummer probably losing 10 pounds every time he did the former on-stage, with its myriad changes and embellishments. ~ Bruce Eder