Spin: "This is the sound of Cooke in the raw....It's an essential, grizzly, off-the-cuff companion to the more polished work..." 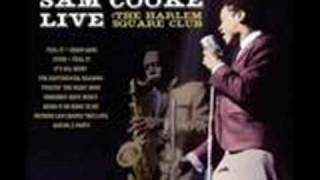 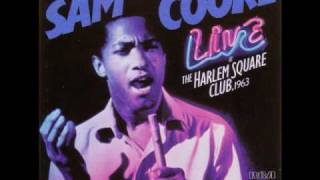 Spin - p.90
"This is the sound of Cooke in the raw....It's an essential, grizzly, off-the-cuff companion to the more polished work..."

Recorded live at the Harlem Square Club, Miami, Florida on January 12, 1963. Includes liner notes by Peter Guralnick.
Personnel: Sam Cooke (vocals); Sam Cooke; Cornell Dupree, Clifton White (guitar, guitars); Jimmy Lewis (electric bass); Tate Houston, King Curtis (saxophone); George Stubbs (piano); Albert "June" Garnder (drums).
Audio Mixer: Steve Rosenthal.
Liner Note Authors: Peter Guralnick; Paul Guralnick.
Recording information: Harlem Square Club (01/12/1963).
Author: Rod Stewart.
Sam Cooke's reputation as a brilliant singer is sometimes maintained in spite of some of his records, not because of them. Hugo and Luigi, his RCA producers, often drowned Cooke's stunning pipes in an ocean of inappropriate orchestras and choirs. But compare their single version of "Chain Gang" to the stripped-down, gently swaying, and considerably more heartfelt live version on LIVE AT THE HARLEM SQUARE CLUB; no doubt about it, Cooke was a master, and if his producers had been a bit more sympathetic, his stature would be even higher now than it is.
Recorded in Florida in 1963, just over a year before his murder, this 10-track set puts Cooke in front of a small combo and just lets the man go. Every track is a small masterpiece of soul phrasing, and the band is more than up to Cooke's vocal prowess. Listen and be amazed.

The Jacksons
Playlist: The Very Best of the Jacksons (CD)
$6.97 CD Sale
Add to Cart