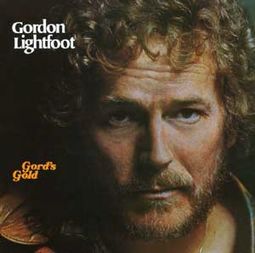 2 LPs on 1 CD; 1 song omitted from original 2-LP release ("Affair on 8th Avenue").
This re-release of Gordon Lightfoot's first greatest hits album, originally published in the mid-1970s, contains a medley of his first hit songs, "I'm Not Saying" and "Ribbon of Darkness" (the latter made famous by Marty Robbins), as well as many other '60s and early-'70s classics like "Early Morning Rain," the brooding "Sundown," and "If You Could Read My Mind." Lightfoot's sure way with a lyrical narrative, coupled with his appealingly diffident baritone voice, combines pop charm with artistic integrity, and these tracks sound as fresh today as when they were first recorded.

Gordon Lightfoot
If You Could Read My Mind
$11.98 on Sale
Add to Cart