Get email alerts for Gorillaz
Out of Print: Future availability is unknown
Notify Me When Available
Add to Wishlist
Format:  Vinyl LP  (2 Records)
item number:  6Y8A3
Related products:
Gorillaz: Humanz (Explicit)(2LP 180 Gram Vinyl) for $26.80
Gorillaz, Gorillaz: The Fall for $19.40
LCD Soundsystem: This Is Happening (2-LPs) for $26.90
91% recommend us! 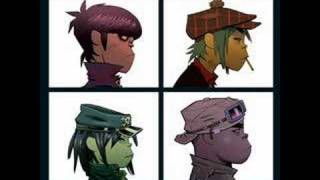 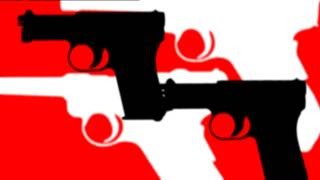 Spin - p.64
Ranked #4 in Spin's "40 Best Albums Of 2005" - "[A] vivid, spastic concept album about the last primates to survive the apocalypse."
Spin - p.105
"Albarn still has great taste in other people's music. His new accomplice, copyright pirate Danger Mouse, fills in suggestively dubby spaces with choirs, staggering synths, and MCs ranging from De La Soul to Roots Manuva to MF Doom." - Grade: B
Entertainment Weekly - No. 821/822, p.136
"[This] follow-up is spookier, blippier, and more on edge..." - Grade: B
Uncut - p.106
4 stars out of 5 - "Dazzlingly clever - great beats, brilliant production, top tunes and some of Albarn's best singing..."
CMJ - No. 914, p.4
"...an immensely absorbable experience with plenty of rhymes and funked-out marching beats to bite into..."
Vibe - p.143
"[A]s original - and just as much fun - as the first."
Mojo (Publisher) - p.18
Ranked #18 in Mojo's "The 50 Best Albums Of 2005" - "[A] genre-busting, contemporary pop milestone."
Paste (magazine) - "With Gorillaz enlisting the underground-infamous Danger Mouse as producer this time, the sound is more psychedeli-danceable than ever."

On the second full-length Gorillaz outing, DEMON DAYS, mastermind Damon Albarn (Blur) parts company with Dan the Automator and opts for a collaboration with Danger Mouse, the DJ most renowned for his GREY ALBUM mash-up of the Beatles' WHITE ALBUM and Jay-Z's BLACK ALBUM. Although this dynamic collection isn't a radical departure from its predecessor (Artwork by Jamie Hewlett? Check. A small army of guest stars? Check.), DEMON DAYS injects the party-ready Gorillaz aesthetic with a brooding sensibility that's immediately apparent on the zombie-movie-sampling "Intro." In fact, a morbid sentiment abounds, as evidenced by many songs, including "Last Living Souls" and "Every Planet We Reach Is Dead."
Even though Albarn has weighty issues occupying his thoughts, he hasn't forgotten how to boogie, as revealed by the slinky "Kids with Guns" (featuring backing vocals by Neneh Cherry) and the funky "Feel Good Inc." (with De La Soul), which sounds like the slacker cousin of Outkast's "Hey Ya!" The ominous "November Has Come" (featuring MF Doom) and the bizarre "Fire Coming Out of the Monkey's Head" (with a spoken-word performance by actor Dennis Hopper) round out this eclectic pop/rock/hip-hop offering, which equals, if not exceeds, the first Gorillaz disc.