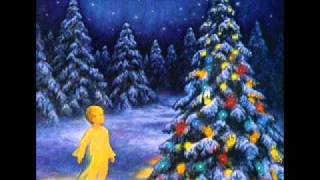 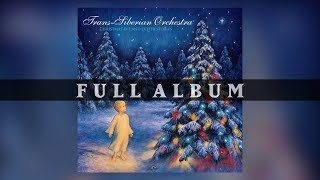 Trans-Siberian Orchestra includes: Paul O'Neill (conductor).
What would happen if members of Savatage decided to write some Christmas songs? Easy: Trans-Siberian Orchestra. This "supergroup" is the brainchild of Jon Oliva and Paul O'Neill (respectively the leader-keyboardist and the producer of Savatage). They hired Al Pitrelli (Asia, Savatage) to play guitars, Robert Kinkel to help with keyboards, John Middleton (also a member of Savatage) on bass, and Jeff Plate on drums. Lead vocals are shared by six vocalists, while some of the backing vocals are handled by Savatage lead singer Zachary Stevens. Christmas Eve and Other Stories is a concept album: all the songs are built as chapters of a book, each telling part of a larger story. The plot here is of a young angel sent down to Earth to find and bring back to the Lord "the one thing that best represents everything good that has been done in the name of this day." The angel's quest takes him all over the world, through Russia and Sarajevo, until he finally hears the prayer of a father. This last piece is the strongest moment on the album and makes for a miniature story within the larger story. It is basically told in a trilogy of songs: in the first, "Ornament," we hear the father's prayer, explaining how he hasn't seen his daughter in many years. In "Old City Bar," the angel finds the daughter, standing alone outside a bar, and talks to the bartender who, out of a random act of kindness, takes all the cash from his register drawer and gives it to the girl so she can go home. The third song, "This Christmas Day," has the father praising God, thanking him for bringing his daughter back to him on this night of all nights. It is a very touching story, pondering the thought that "If you want to arrange it/This world you can change it/If we could somehow make this/Christmas thing last/By helping a neighbor/Or even a stranger." Musically, the band has taken some traditional Christmas songs ("O Come All Ye Faithful," "O Holy Night," "The First Noel") and mixed in some modern rock music. The result is stunning and very impressive. It is filled with energy that simply blows you away. The already classic "Christmas Eve/Sarajevo 12/24" is a gripping instrumental based on "God Rest Ye Merry Gentlemen" (although you might have to listen carefully to hear it). Fans of progressive music should like this one. And if you're into the more recent works of Savatage (like Handful of Rain or Dead Winter Dead) you'll really love this. ~ Alex S. Garcia

69%off
Mannheim Steamroller
Christmas Extraordinaire
$3.99 on Sale
Add to Cart

Trans-Siberian Orchestra
Letters from the Labyrinth
$14.60
Add to Cart

59%off
Mannheim Steamroller
Christmas Celebration
$5.30 on Sale
Add to Cart

38%off
Joel Katz / Johnny Maestro & The Brooklyn Bridge
Christmas with Johnny and Joel (CD)
$4.98 on Sale
Add to Cart

20%off
Trans-Siberian Orchestra
The Ghosts of Christmas Eve (CD)
$11.98 on Sale
Add to Cart

Trans-Siberian Orchestra
Dreams of Fireflies (On a Christmas Night) (CD)
$13.60
Add to Cart

20%off
Trans-Siberian Orchestra
The Ghosts of Christmas Eve
$11.98 on Sale
Add to Cart

Trans-Siberian Orchestra
Letters from the Labyrinth
$14.60
Add to Cart