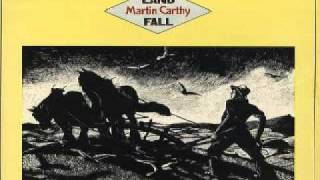 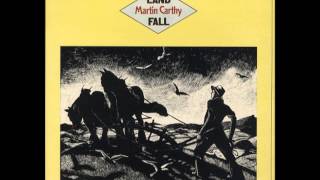 Includes liner notes by Martin Carthy.
Personnel: Martin Carthy (vocals, guitar).
Liner Note Author: Martin Carthy.
Photographer: Keith Morris.
Arranger: Martin Carthy.
LANDFALL (1971) was Martin Carthy's return to a solo career after his brief tenure in the first lineup of the UK folk-rock supergroup Steeleye Span. The album continues that band's flirtations with American-style folk-rock, best seen here on a chilling reading of David Ackles's "His Name Is Andrew" and the definitive version of David Goulder's oft-recorded "January Man," but it also reaffirms Carthy's unshakeable connection to traditional English folk songs.
The record kicks off with a searing version of the ballad "Here's Adieu to All Judges and Juries," a condemned man's bitter salute to his homeland aboard an Australia-bound ship. The disc hits a peak almost halfway through with one of Carthy's most spellbinding performances, a completely a cappella take on the venerable murder ballad "Cruel Mother" that, unlike many versions, doesn't shy away from the tale's more shocking aspects. With Carthy's voice and guitar work both in excellent form, LANDFALL is one of his finest albums.

44%off
Martin Carthy / Eliza Carthy
The Moral of the Elephant
$10.10
Add to Cart