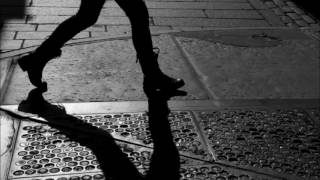 The Rare Breed - Where You Are Going To (Music Video)

Locating original copies of Rare Breed recordings is almost impossible. Yet here are ten sublime archival Rare Breed tracks, all very rare and most never heard before on compact disc.

Includes liner notes by Stephen Kaplan.
Liner Note Author: Stephen Kaplan.
Rare Breed was less of a real garage rock band than an outlet for Jeff Katz and Jerry Kasenetz. The duo -- who met as fellow students at the University of Arizona -- came into the music industry on the business end of the paradigm. After graduation, they reconvened in New York, eventually becoming managers of local Greenwich Village talent. Early clients included the Palace Guards and it was after being dissatisfied with their recordings that the pair decided to begin producing their artists themselves. They likewise assembled studio musicians behind a host of different monikers. This compilation gathers ten tracks that Kasenetz and Katz cut under the umbrella of their "Super K Productions" as Rare Breed. Although based in New York, Rare Breed broke into the highly competitive Top 40 radio play lists in the American heartland by claiming the Breed were regional talents from out of Ohio. The ploy worked and Midwest stations created a demand for their debut single "Beg, Borrow & Steal." The song -- a patent rip-off of the frat rock anthem "Louie, Louie" -- became Rare Breed's most significant side, even as it failed to enter the charts. The remainder of the Super K Kollection (1994) presents a combo seemingly modeled on blue-eyed soul aggregates such as the Young Rascals or the Box Tops ("Mickey's Monkey"), with a dash of Brit pop attitude ("All Alone"), pseudo-psychedelia ("Dark Nights & Mornings") as well as tell-tale signs of All-American bubblegum pop on "Lightning Doesn't Strike Twice." "Bad Girl" is not as successful, liberally borrowing its licks from Buddy Holly's "Words of Love," while the arrangement bears a resemblance to the Beau Brummels' "Laugh, Laugh." Kasenetz and Katz would perfect their formula with a string of short-lived 'one-hit-wonder' insignias, namely Ohio Express, 1910 Fruitgum Company,Music Explosion and Crazy Elephant. As Super K Kollection is the only Rare Breed anthology, it is hard not to recommend it for interested parties. ~ Lindsay Planer