The nearer they get to their treasure, the farther they get from the law. 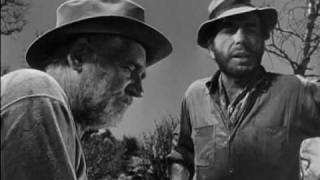 The Treasure of the Sierra Madre (1948) Trailer 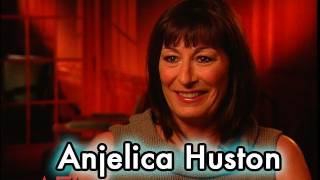 Anjelica Huston on THE TREASURE OF THE SIERRA MADRE (Featurette) 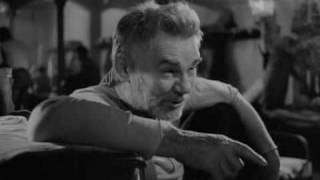 The Treasure of the Sierra Madre (Clip)

Disc 1: THE TREASURE OF THE SIERRA MADRE

"Badges? We ain't got no badges! We don't need no badges! I don't have to show you any stinking badges!"

Humphrey Bogart stars in the action-packed classic about 3 men in search of a fortune, supposedly located in the hills of Mexico. You'll be on the edge of your seat throughout this tale of friendship, betrayal, love, hate, and adventure!

A good Joe, a bad egg and a fast-talking old coot team up to prospect for gold south of the border, but when the gold starts flowing, greed breeds badge-less bandits and mutual mistrust. A classic! Academy Award Nominations: 4, including Best Picture. Academy Awards: 3, including Best Director, Best Supporting Actor--Walter Huston, Best Screenplay.

Three poverty-stricken dreamers head out to the Mexican mountains in search of gold. They find their booty, and, at first, their friendship grows along with their fortune. But then paranoia and greed begin to take over, endangering all they have managed to gain.