Rolling Stone: Ranked #142 in Rolling Stone's "500 Greatest Albums Of All Time" - "Hands down, the best holiday album in the history of pop music." 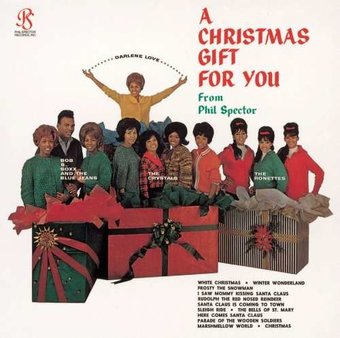 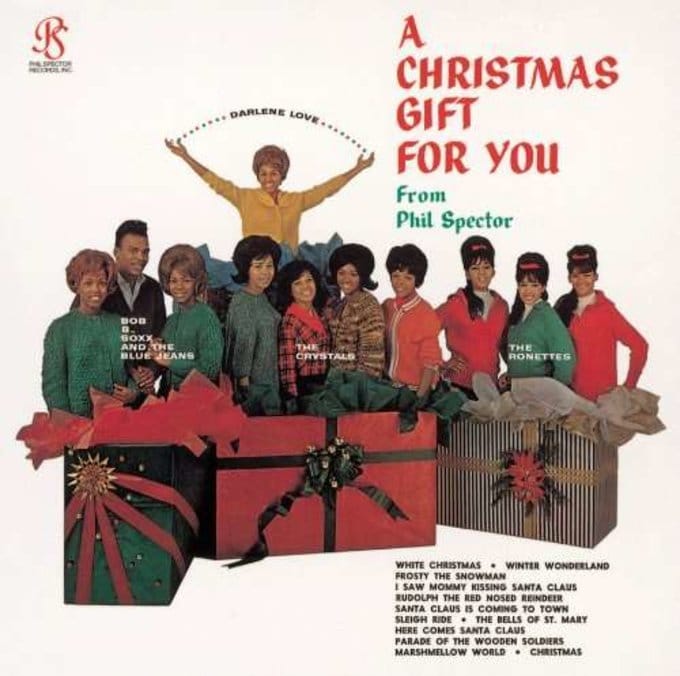 Get email alerts for Phil Spector
116 ratings
Available: Usually ships in 2-4 business days
11 copies available
Add to Cart
Add to Wishlist
Format:  CD
item number:  358J3
Also released as:
A Christmas Gift for You from Phil Spector for $7.30
Related products:
Bing Crosby: White Christmas for $6.30
Sound of Love: The Very Best of Darlene Love for $6.10
The Ronettes: Be My Baby: The Very Best of the Ronettes for $14.20
Vince Vance & The Valiants: All I Want For Christmas Is You for $11.80
Motown Christmas [Universal 1999] for $19
91% recommend us!

This was remastered by Phil Spector.
Personnel: Darlene Love, Bob B. Soxx & the Blue Jeans (vocals); Irv Rubins, Bill Pittman , Nino Tempo, Tommy Tedesco , Barney Kessel, Bill Pitman (guitar); Johnny Vidor Strings (strings); Roy Caton, Teenage Steve Douglas, Steve Douglas , Jay Migliori, Lou Blackburn (horns); Don Randi, Al Delroy, Al DeLory, Leon Russell (piano); Hal Blaine (drums); Frank Kapp, Frank Capp, Jack Nitzsche, Sonny Bono (percussion).
Liner Note Authors: Jim Bessman; Phil Spector.
Recording information: Gold Star Recording Studio (1963).
Photographer: Ray Avery.
Arranger: Phil Spector.
This album has grown in stature over the years and has been reissued countless times. If you have to own a record to play half a dozen times during the festive season, then this is the one and only. Featuring the amazing Spector production together with Darlene Love, The Crystals, The Ronettes, Bob B. Soxx And The Blue Jeans, even Leon Russell on piano and Sonny Bono on percussion, this is another timeless record that is unlikely ever to be surpassed as the greatest Christmas compilation of all time.

Customer Rating:
Based on 116 ratings.

A Christmas Gift For You From Phil Spector Music Lover: Anonymous from NORTH HAVEN, CT US -- December, 22, 2014


Buy this right NOW! it's that good.

Got this in a box set Phil Spector 'mono' years ago from 'OLDIES.COM on a whim.
This CD was the best one.
I've only played it about a million times.
Darlene Love...track 11...Baby please

Donna Loren
These Are the Good Times: The Complete Capitol Recordings
$13.10 Super Savings
Add to Cart