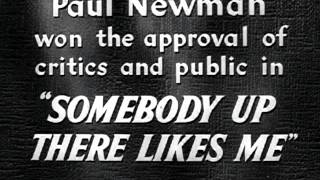 Wounded and weakened in Korean prison camps, GIs descend from the plane that returned them to U.S. soil. It is a time of tearful family reunions. A time of uncertainty about how to help traumatized men. And a time of reckoning: Capt. Edward W. Hall Jr., a silver-star hero and ex-POW, faces trial for collaboration with the enemy.

Paul Newman's richly complex portrayal of Hall sets the tone of acting excellence found throughout The Rack. How much can a POW be expected to endure before breaking? Should his own past and emotional vulnerabilities be weighed against the miltary's policy of name, rank and serial number? The issues remain timelessly relevant in this probing courtroom drama adapted from a Rod Serling teleplay.

The Korean conflict of the early '50s saw widespread use of psychological torture by the North Korean communists on enemy prisoners of war. That young American GIs cracked under this brainwashing at higher rates than the troops of our allies led to much soul searching within the military and the nation during that era. In Hollywood, this was most famously reflected in THE MANCHURIAN CANDIDATE (1962), and lesser-known films like TIME LIMIT (1955) and THE RACK. The failure of all three films at the box office suggests that the public didn't care to be reminded of this painful issue. Paul Newman stars as Captain Edward W. Hall Jr., a career soldier being tried by a military court for collaborating with the enemy. As the son of a highly distinguished career officer (Walter Pidgeon), and with a brother who had been killed in the war, he is especially tormented by the accusations which have been brought against him. Although reluctant to take the case, Major Sam Moulton (Wendell Corey) elicits incriminating testimony from Hall, comparing him unfavorably with soldiers like Captain John Miller (Lee Marvin), who were able to withstand similar punishment. But defending attorney Lt. Colonel Frank Wasnick (Edmond O'Brien), makes the case that this new type of torture is a new and barely understood weapon, to which some will be more innately immune than others.

War | Soldiers
This product is made-on-demand by the manufacturer using DVD-R recordable media. Almost all DVD players can play DVD-Rs (except for some older models made before 2000) - please consult your owner's manual for formats compatible with your player. These DVD-Rs may not play on all computers or DVD player/recorders. To address this, the manufacturer recommends viewing this product on a DVD player that does not have recording capability.

25%off
The Adventures of Tartu
$5.95 Spring Sale
Add to Cart