My Ruin A Prayer Under Pressure of Violent Anguish 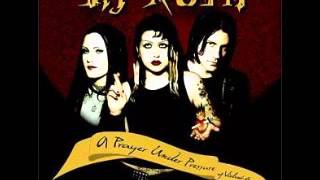 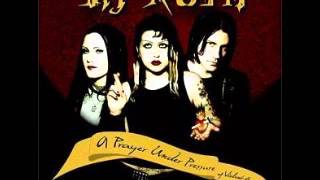 My Ruin includes: Tairrie B (vocals); Mick Murphy (guitar); Meghan Mattox (bass).
Producers include: Nick Raskulinecz, Mick Murphy, Tairrie B.
Recorded at Grandmaster Studios, Hollywood, California.
Personnel: Mick Murphy (guitar); Chris Hamilton (drums).
Audio Mixer: Nick Raskulinecz.
Recording information: Grandmaster Recorders, Hollywood, CA.
Photographer: Paul Harries.
This is the second album by My Ruin, and shows that some elements of the first have been retained while the group is still exploring new directions. If you are easily offended, it might be a good idea to steer clear of this one, though -- A Prayer Under Pressure of Violent Anguish really has something to offend everyone. However, if you are a fan of hard-edged modern rock, it most likely has something to entertain you as well. This one is a bit more straightforward and mainstream than My Ruin's debut full-length. That said, don't expect to hear the Backstreet Boys here. This is very hard and outrageous rock music done with a highly irreverent approach. ~ Gary Hill

My Ruin
The Brutal Language
$5
Add to Cart