NME (Magazine): "...collects together the leftovers from the previous releases (best represented by Arthur Alexander's `You Better Move On') plus the glorious `Get Off Of My Cloud'"... 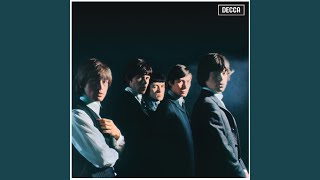 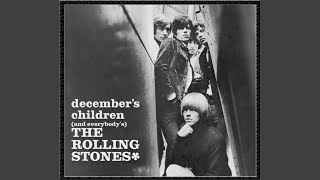 NME (Magazine) - 7/8/95, p.46
"...collects together the leftovers from the previous releases (best represented by Arthur Alexander's 'You Better Move On') plus the glorious 'Get Off Of My Cloud'"...

The Rolling Stones: Mick Jagger (vocals, harmonica); Brian Jones (guitar, harmonica, keyboards); Keith Richards (guitar); Bill Wyman (bass); Charlie Watts (drums, percussion).
Additional personnel: Jack Nitzsche (keyboards, percussion); Ian Stewart (keyboards, marimba, percussion); J.W. Alexander (percussion).
Recorded in Hollywood, California, Chicago, Illinois and London, England.
The Rolling Stones: Keith Richards, Brian Jones (guitars); Mick Jagger (harmonica); Bill Wyman (bass guitar); Charlie Watts (drums).
Additional personnel: Jack Nitzsche (organ); Ian Stewart (marimba); James W. Alexander (percussion).
DECEMBER'S CHILDREN marked a crucial point in the Stones' development. The band was beginning to move away from its blues/R&B roots toward something more uniquely its own. Certainly those roots were far from absent in the songs composed for this album, and the Stones still cover their share of the masters here (Chuck Berry, Arthur Alexander, Hank Snow), but something new was afoot.
The aching ballad "As Tears Go By," complete with baroque orchestration, heralded a new direction in the Stones' songwriting. Similarly, the folk-rockish strains of "The Singer Not The Song" hint at previously uncharted directions. Perhaps the most crucial track here is "Get Off My Cloud, which, while it incorporates the band's rootsy influences, is possessed of a decidedly modern power that the Stones were only beginning to learn to harness. This was the beginning of a style more specific than pop, blues, or rock & roll. DECEMBER'S CHILDREN may be seen as the beginning of what can only be defined as Rolling Stones music.

The Rolling Stones
Got Live If You Want It (Remastered)
$13.60
Add to Cart

The Rolling Stones
Between The Buttons (UK) (Remastered)
$13.60
Add to Cart

The Rolling Stones
Rock and Roll Circus
$19
Add to Cart