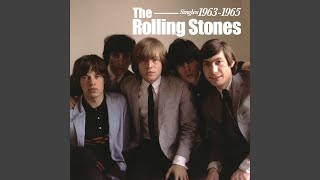 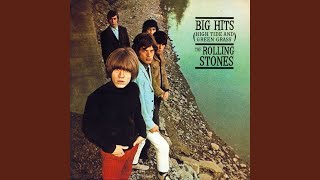 The Rolling Stones: Keith Richards (vocals, guitar); Mick Jagger (vocals); Brian Jones (guitar); Bill Wyman (bass); Charlie Watts (drums).
Recorded in London, England, Chicago, Illinois & Hollywood, California between 1963 & 1966.
Like its 1969 second volume THROUGH THE PAST DARKLY, BIG HITS (HIGH TIDE & GREEN GRASS) is a fine collection of '60s Stones classics, but it's a rather bluesier one. This is exemplified by such rootsy tracks as the redefined Buddy Holly tune "Not Fade Away" and the R&B bounce of Bobby Womack's "It's All Over Now." Not that the group's original songs were lacking in grit or attitude; the vituperative "Get Off My Cloud," delivered in Mick Jagger's best Sidcup dialect still sounds magnificent, as does Brian Jones's booming Vox pearl guitar on "The Last Time" and Keith Richards's opening chords to the aforementioned "Not Fade Away." This is a disc to be handed down to your children.