Sam Cooke At the Copa

Get email alerts for Sam Cooke
20 ratings
Available: Usually ships in 3-5 business days
Only 6 copies left
Add to Cart
Add to Wishlist
Format:  CD
item number:  32R93
Related products:
One Night Stand-Sam Cooke Live at the for $10.90
Sam Cooke: One Night Stand: Live At The Harlem Square Club, 1963 for $5.40
Our customers love us! 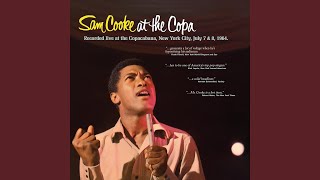 The Best Things In Life Are Free (Live) (Music Video)