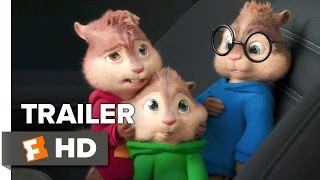 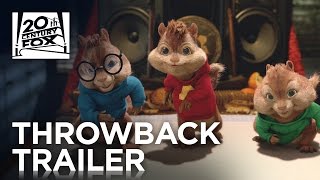 This live-action/computer-animated update of Ross Bagdasarian's squeaky-voiced cartoon characters finds the chipmunks (in CGI form) transported from their woodland habitat to the city, where they wind up in the home of Dave Seville (Jason Lee). Dave, a down-on-his-luck songwriter, realizes the potential of a singing chipmunk pop act, and becomes an unlikely mentor/father figure to feisty Alvin, brainy Simon, and dopey Theodore. Meanwhile, the threesome causes chaos in his life, leading to plenty of fun, frenetic scenarios. When a devious record executive (David Cross) enters the picture, however, Alvin and the Chipmunks must deal with both the trappings of fame and their loyalty to the amiable, hapless Dave.

Directed by Tim Hill (GARFIELD: A TALE OF TWO KITTIES), ALVIN AND THE CHIPMUNKS simultaneously modernizes and pays tribute to the classic title characters, who first appeared in the late 1950s and became wildly popular in the '60s. While Lee (MY NAME IS EARL) is well cast as the perpetually exasperated Dave, Long (LIVE FREE OR DIE HARD) steals the show as the voice of Alvin, who provides the group's lively spirit. Though some older viewers may wince at the prospect of their beloved Chipmunks rapping, the movie is generally respectful of the franchise's long legacy, and will easily win over a younger generation.

16%off
Alvin and the Chipmunks: The Squeakquel
$8.40 Super Savings
Add to Cart

16%off
Alvin and the Chipmunks: Chipwrecked (Blu-ray + DVD)
$8.40 Super Savings
Add to Cart

19%off
Alvin and the Chipmunks: The Squeakquel (Blu-ray)
$12.20 Super Savings
Add to Cart

16%off
Garfield the Movie
$8.40 Super Savings
Add to Cart