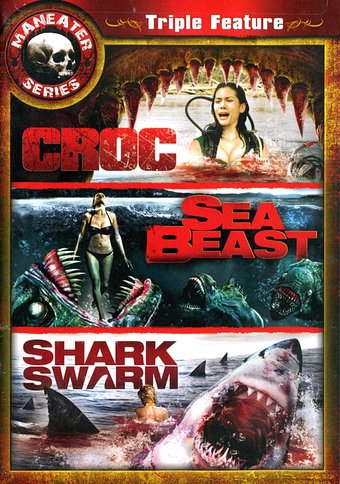 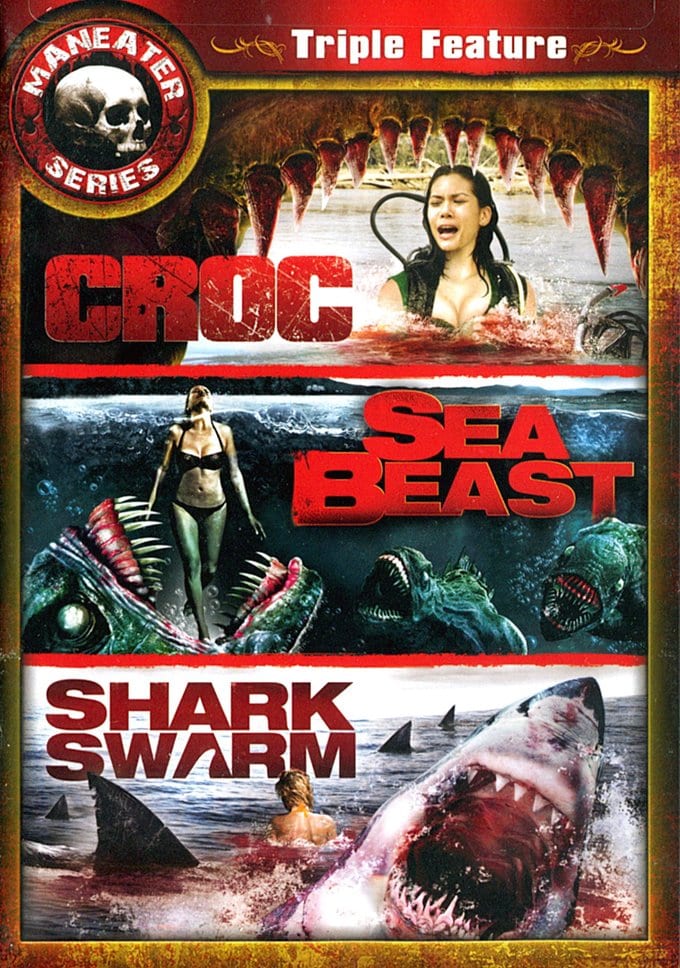 This Maneater Series Triple Feature puts the deadliest underwater monsters again the most unassuming and vulnerable of prey, humans.

CROC:On the outskirts of a beach resort, a killer crocodile is on the loose. Locals are missing and body parts are bobbing in the swamps. As the body count rises and jungle screams fill the air, a croc hunter soon learns that this is no ordinary beast and he's in the for the fight of his life

SEA BEAST: Mysterious. Unstoppable. Insatiable. A mythic force from the darkest ocean depths has suddenly been unleashed - on land. No longer content to feed on sea life, the creatures now stalk this sleepy bay village to feast on human flesh.