Reparata & The Delrons Whenever A Teenager Cries - A Golden Classics Edition 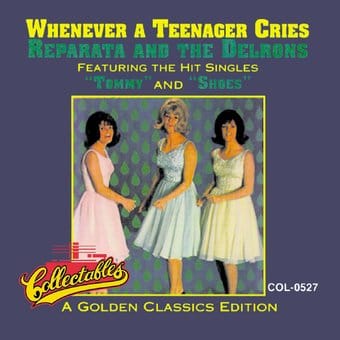 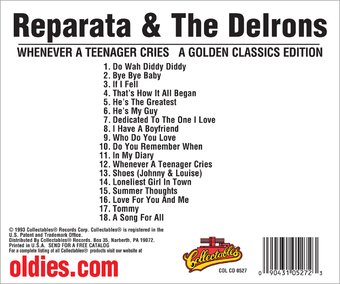 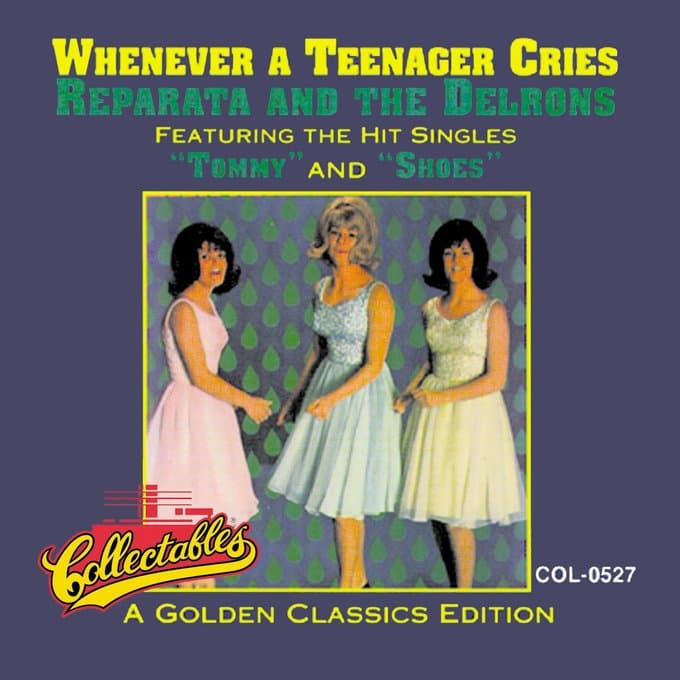 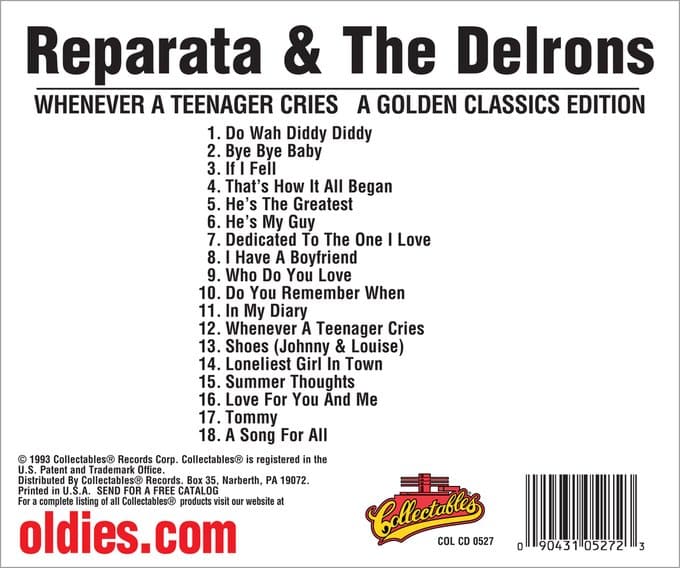 Get email alerts for Reparata & The Delrons
14 ratings
Available: Usually ships in 1-3 business days
Add to Cart
Add to Wishlist
Format:  CD
item number:  COL 0527
Products with a similar style:
The Angels: My Boyfriend's Back - A Golden Classics Edition (CD) $5.98
The Raindrops: Kind of Boy You Can't Forget (CD) $5.98
Very Best of Preston Epps - Bongo Rock (CD) $5.98
Related products:
Reparata & The Delrons: The Best of Reparata and the Delrons for $13.98
The Goodees: Condition Red: Complete Goodees for $13.60
91% recommend us! 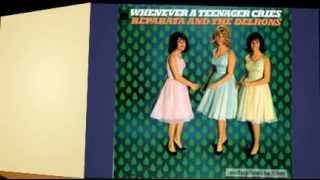 REPARATA AND THE DELRONS whenever a teenager cries (Music Video) 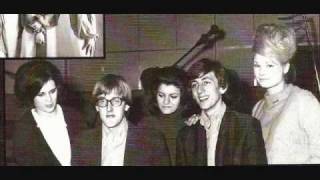 The best recordings from this quartet from Brooklyn, best known nationally for the title song of this compact disc and a handful of other rare singles recorded for various labels from 1965 to 1969.

Reparata & The Delrons: Reparata Aiese, Sheila Reille, Carol Drobnicki.
Includes liner notes by Mark Marymont.
Liner Note Author: Mark Marymont.
Woefully underrated girl group Reparata & the Delrons' body of work has spanned numerous record labels, making it difficult to compile a true "best of." 2001's "unauthorized anthology" Magical Musical History Tour led to the authorized Best of Reparata and the Delrons from Ace, which makes this Collectables compilation, Whenever a Teenager Cries, sort of an underachieving kid brother. That's not to say that there isn't a wealth of sticky sweet, slightly psychedelic goodness to be found here (there is), but without a key track like "Panic," and most importantly, "Captain of Your Ship," it's hard to recommend it over the superior Ace collection. ~ James Christopher Monger


If you're into the '60s Girl Groups you'll love this CD!
While some of the songs are catchy '60s pop style, there are others that have an edge (like "Tommy") or just make you wanna fall in love ("I Have a Boyfriend" and "That's How it All Began"). The girls' voices compliment each other very well and after hearing the CD I wondered why I hadn't heard of them before.
There's an insert in the case that gives a little biography on how the group changed and travelled over the years. And to top it off, the remastering job is excellent!
5 Stars!!!